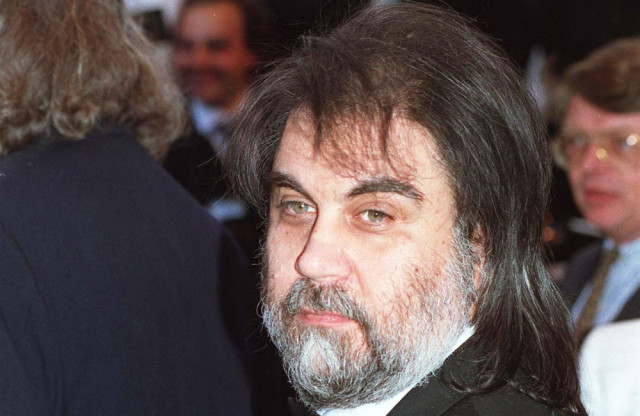 The Greek musician - who was born Evangelos Odysseas Papathanassiou near the city of Volos in central Greece - passed away on Wednesday (18.05.22) in a French hospital his lawyers' office confirmed. No cause of death has been given yet.

Vangelis was most famous for his synth style and his film soundtracks, which included 1981's 'Chariots of Fire' and 1982's 'Blade Runner', with him winning the Best Original Film Score Oscar for his work on the sports drama.

He wrote on Instagram: "We will all remember your unique touch and your moving melodies forever.

“You and I have always shared the same passion for synthesizers and electronic music since so long.”

He tweeted: "I had the privilege to meet him in Paris last year.

“He was one of my heroes, a big inspiration and just a beautiful person.

“I still listen to his albums a lot.”

Filmmaker Charles de Lauzirika - who acted as a producer on 'Blade Runner: The Final Cut', a restoration of Sir Ridley Scott's sci-fi classic - said: “His music, not just in 'Blade Runner', was otherworldly in beautiful and haunting ways I lack the words to describe.

“He created lush dream states I still love getting lost in.”

Before he began scoring Hollywood films, Vangelis was a pop artist, forming his first band in 1963, named the Forminx. Once they split in 1966 Vangelis began writing and producing for other artists and began creating scores for Greek movies.

In the 1970s, Vangelis moved to London and signed a solo record deal releasing the LPs 'Heaven and Hell' in 1975 and 'Albedo 0.39' in 1976 and then teamed up with Yes musician Jon Anderson as the duo Jon and Vangelis.

In the 1980s he achieved his biggest success with his movie scores, also creating the music for 'Antarctica' and 'The Bounty' as well as 'Chariots of Fire' - which told the true story of British athletes Eric Liddell and Harold Abrahams who both competed at the 1924 Olympics - and 'Blade Runner'.

Explaining his creative process when writing music for movies, Vangelis said: "My music does not try to evoke emotions like joy, love, or pain from the audience. It just goes with the image, because I work in the moment."

In his later years, Vangelis released his albums under the Decca record label banner.

In a statement remembering the pioneering artist, Decca Presidents Tom Lewis and Laura Monks issued a statement that read: "The world has lost a genius. Vangelis created music of extraordinary originality and power, and provided the soundtrack to so many of our lives.

"We will miss him enormously. His music will live on forever."