Demi Lovato’s sitcom ‘Hungry’ will not be proceeding at NBC 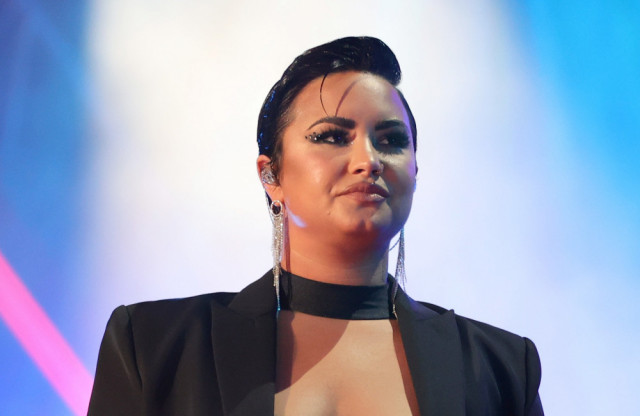 Demi Lovato’s sitcom ‘Hungry’ will not be proceeding at NBC.

The ‘Heart Attack’ hitmaker's show - that follows a group of friends in a food issues support group - was believed to be heading to the network, however they have declined to go any further with the project.

Recently, it was announced that the 29-year-old singer would no longer star - just executive produce alongside their friend and manager Scooter Braun - in the project and was replaced by Ariel Winter, who shot to fame on ‘Modern Family’.

The show included a cast of Valerie Bertinelli, Gabriel Iglesias, Ryan McPartlin, Alex Brightman and Ashley D. Kelley and along with Demi and Scooter, Suzanne Martin - who helped create ‘Will Grace’ and ‘Hot in Cleveland’ - Sean Hayes and Todd Milliner were serving on the producing team, as was James Shin and Scott Manson.

When the 24-year-old actress was named as Demi’s replacement and have spoken previously about her “rough” treatment by the press and how it impacted her body image, just like the characters in the show, like when she was called a “fat slut” as a pre-teen.

"Because I gained weight and my body changed, I had to wear different outfits and I wore a dress that had a cutout here and the headlines were dark. 'Fat slut' was rough for me, and it continued." "It was the fans, some of them — we have lovely, lovely fans, but some of them were also hard on me in the way they loved Alex Dunphy. And because I wasn't Alex Dunphy and didn't look like Alex, I didn't want to dress like Alex… I was just different in that way. I'm not my character."