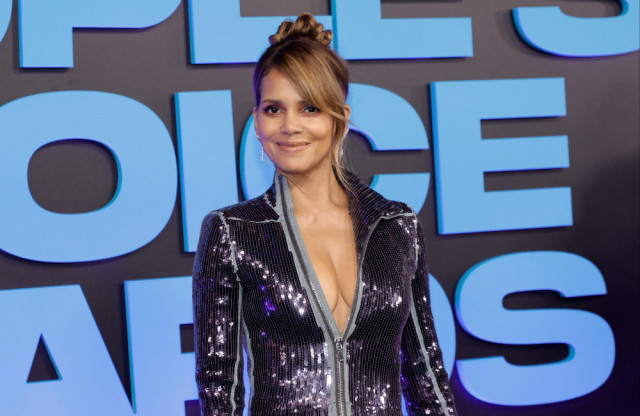 The 'Bruised' filmmaker was on vacation with her partner Van Hunt to celebrate the New Year when, after "copious amounts of drinks", they passed a nearby chapel and took photos, which the 55-year-old star - who donned a floral crown for the pictures - then shared to Instagram.

The photo was captioned, "Well... IT'S OFFICIAL" but it was followed by a second image that read, "It's 2022" and after many of Halle's followers - including Dwayne 'The Rock' Johnson and Ava DuVernay - sent messages of congratulations because they hadn't swiped to the next post, the 'Monster's Ball' star admitted she won't be trying any more social media jokes.

Speaking on 'The Tonight Show', she told host Jimmy Fallon: “We had copious amounts of drinks at the bar. We were trying to make it back to our room when we passed this little chapel. We think ‘let’s go in here, let’s see what’s inside here.'

“I didn’t know people don’t swipe. Now, I’m never doing swipes again because I know no one looks at the s***.”

A day after her original post, Halle - who has Nahla, 13, with former boyfriend Gabriel Aubry and Maceo, eight, from her marriage to third husband Olivier Martinez - returned to Instagram to clarify to fans that she'd been joking.

She wrote: "We were just having some New Year's Day fun! People clearly don't swipe as much as we thought they did. Thank you for the well wishes, tho', it really touched our hearts.

"Now it's OFFICIAL, the internet is no longer undefeated. "nomoreswipes4me Januaryfoolsday."