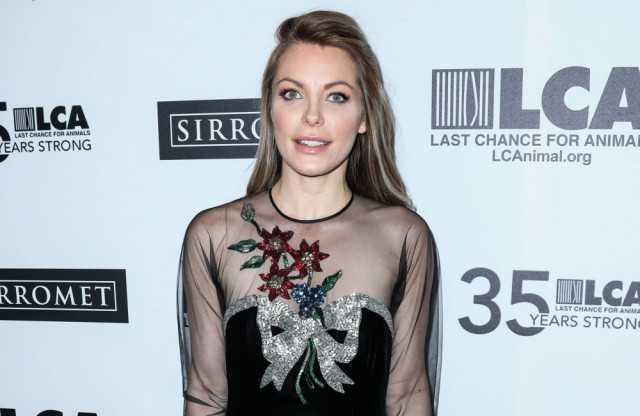 The 35-year-old star - who was married to Playboy founder Hugh Hefner for five years until his death in September 2017 - has reassured Holly, who was one of Hugh's girlfriends from 2001 to 2008, that the pictures have "gone" after the 'Girls Next Door' star claimed she was "afraid to leave" the Playboy Mansion over fears photos of her might be circulated.

Crystal wrote on Twitter: "I found thousands of those disposable camera photos you are talking about @hollymadison. I immediately ripped them up and destroyed every single one of them for you and the countless other women in them. They're gone."

It comes after Holly opened up about Hefner this week.

Speaking in A&E series 'Secrets of Playboy', she said: "His friends were always so supportive and speaking so highly of him. But that’s the only side of him they ever saw. They had no idea what was going on behind closed doors and how the women were treated.

"When you would go out with Hef, he’s taking all kinds of naked pictures of these women when we’re wasted out of our minds. And he would print out like eight copies for him and all the women, you pass them around. It was just gross."

Last week, Holly claimed the Playboy Mansion was like a "cult".

She said: “The reason I think the mansion was very cult-like, looking back on it, is because we were all kind of gaslit and expected to think of Hef as, like, this really good guy.