Paul McCartney says he talks to his guitars 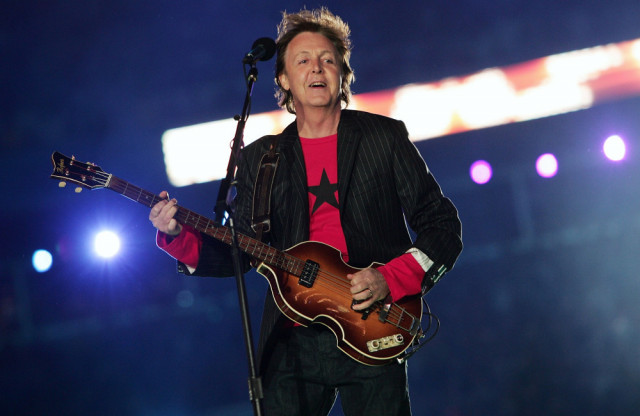 Paul McCartney talks to his guitars.

The 79-year-old music icon has revealed he loves to spend time with his instruments and he even worries that some of them might feel "lonely."

Talking about one of his guitars, he shared: "I felt quite guilty in a minor way, so I went over and started playing - and then the song that came out was me talking directly to the guitar and talking about all the times it had helped me."

McCartney likened writing a song to sharing a secret with his guitar.

The Beatles star explains in a new book called 'The Lyrics by Paul McCartney': "There’s lots of stuff going on there.

"We always used to say that when you sit down with your guitar to write a song, you’re telling it your secrets, which then become a song for the world.

"But at that moment, when you’re alone, the guitar is your confidante. You cradle it.

"When you go up to a piano, though, it’s almost as if you’re pushing the piano away; they’re different actions completely."

The chart-topping star revealed that that he and his former bandmate John Lennon were both influenced by brothers Don and Phil Everly, who made hits such as 'Cathy's Clown' and 'All I Have to Do is Dream'.

He said: "The biggest influence on John and me was The Everly Brothers.

"To this day, I just think they’re the greatest. And they were different. You’d heard barbershop quartets, you’d heard the Beverley Sisters - three girls - you’d all heard that. But just two guys, two good-looking guys? So we idolised them. We wanted to be them."