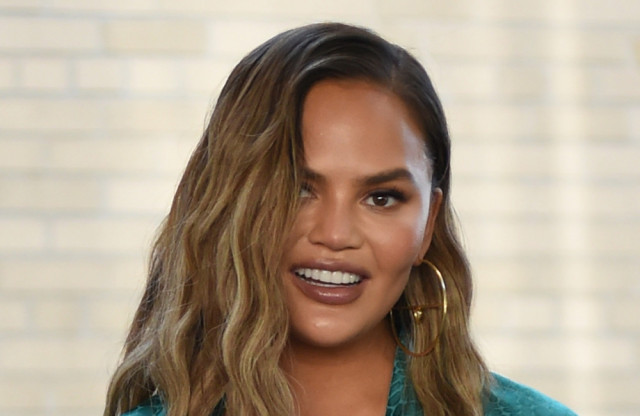 Chrissy Teigen has marked six months of sobriety and revealed she has "way less anxiety."

The 'Chrissy's Court' star has been documenting her journey abstaining from alcohol with her social media followers, celebrating every little milestone, including 50 and 100 days sober.

And in another update, the mother-of-two - who has Luna, five, and Miles, three, with husband John Legend - revealed she hasn't craved a drop of booze since she stopped drinking in July.

Alongside a series of snaps from a shoot, she wrote on Instagram: "6 months no alcohol! Honestly kind of sucks saying it because even though I don’t ever crave it now, time has not exactly flown by haha.

"I prob won’t be excited til a larger milestone like at leasssst 5 years."

Although the 36-year-old model is undecided on whether she will ever break her sobriety, she has been reaping the health benefits, including having "endless energy" and not being so anxious.

She said: "Sometimes I don’t even know if I necessarily won’t ever drink again? I have no idea what I’m doing honestly, but I do know a few things: I now have endless energy, way less anxiety (no more benzos!) and I am happier and more present than ever. It’s pretty cool."

Chrissy suggested that her plan is to stay sober for another six months and then take it from there.

She concluded: "I look forward to having my full body reset after 1 year, then reevaluating to see my new hopes and wishes for the future! Let’s goooo."

The TV star had recently said her decision to go sober hasn’t stopped her from being her same goofy self, which she is pleased about.

She said: "I think the thing that makes me happy is realising that I'll still say stupid things and act and make stupid mistakes, even sober.

“I used to make crucial Thanksgiving errors, maybe one or two, and I still made a really bad one this year. But I actually caught it, and that's something drunk Chrissy would never have done. I caught it before it went out and I was like, 'Wow, I am so sober.'"