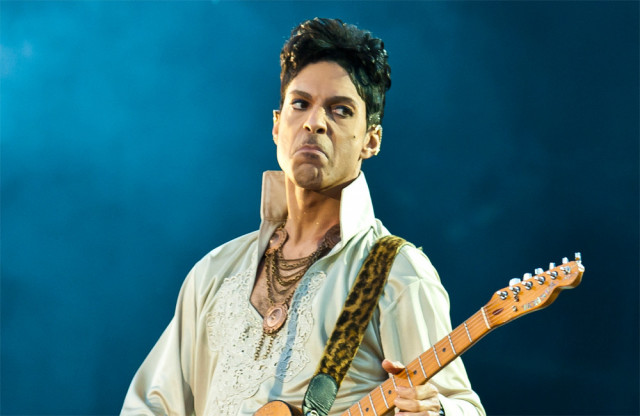 Prince's estate has been valued at $156.4 million.

The IRS have been locked in a dispute with Comerica Bank, the administrators of the 'Purple Rain' singer's estate, for several years over the value of the late star's wealth but a filing in Carver County probate court submitted on Friday showed they have now reached an agreement, meaning the process of distributing Prince's assets could now begin as early as next month, the Star Tribune newspaper reports.

The US tax authority had valued the estate at $163.2 million, almost double the $82.3 million Comerica had claimed it was worth, resulting in years of legal proceedings.

Prince died from an accidental overdose in April 2016, aged 57, and did not leave a will, with his fortune due to go to his siblings, though two of the six, Alfred Jackson and John R. Nelson have passed away since then.

An attorney for three of the 'Raspberry Beret' hitmaker's siblings, L. Londell McMillan, said: "It has been a long six years."

The IRS and Comerica settled the real estate portion of Prince's estate last spring, but determining the value of intangible assets, such as the right to Prince's music, meant the process was delayed until October.

The estate will now be almost evenly split between a music company, Primary Wave - who bought out all or most of the interests of Prince's three youngest siblings, including Alfred, while the others rejected their approach - and the three oldest of Prince's heirs or their families.

As part of the agreement, the IRS have also dropped their request for an accuracy penalty of $6.4 million.

Comerica claimed the IRS settlement was "fair and reasonable."

They also told Prince's beneficiaries that if lowering estate taxes was their "primary interest," they should continue with the dispute and go to trial if necessary, where they were confident they would have "prevailed."

Their court filing stated: "Instead, the members of the heir group have uniformly communicated to [Comerica] their strong desire that the estate settle with the taxing authorities."