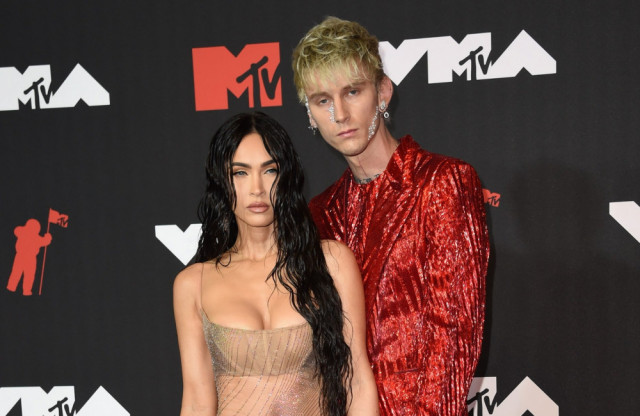 The 31-year-old rap star recently popped the question in Puerto Rico - but his proposal caught Megan by surprise.

A source explained: "She has been wanting to get engaged. The proposal was a surprise, though. They have travelled to Puerto Rico before, so Megan just assumed it was another vacation."

Megan, 35 - who has Noah, nine, Bodhi, seven, and Journey, five, with her ex-husband Brian Austin Green - loved the proposal and "thought it was beautiful and perfect."

The insider told People: "She is excited to get married."

The loved-up duo first started dating in May 2020 after meeting on the set of 'Midnight in the Switchgrass'.

Meanwhile, an insider recently explained that Machine Gun Kelly wanted his proposal "to be very special."

The music star popped the question under the same tree where they first fell in love, as he wanted to do something "romantic."

The source said: "MGK has been telling his friends how Megan is his dream girl and he is always trying to make her happy and do romantic things for her.

"His proposal plan was no exception and he wanted it to be very special.

"The two of them are so ready and excited to continue their journey as a couple and create more memories together."

The celebrity duo had "spoken about their future" and getting engaged "for quite some time."

The insider added: "[They] are so in love and completely enthralled with each other."

Megan recently shared a video of the proposal on social media.

She wrote: "In July of 2020 we sat under this banyan tree. We asked for magic

"We were oblivious to the pain we would face together in such a short, frenetic period of time.

"Unaware of the work and sacrifices the relationship would require from us but intoxicated off of the love. And the karma.

"Somehow a year and a half later, having walked through hell together, and having laughed more than I ever imagined possible, he asked me to marry him.