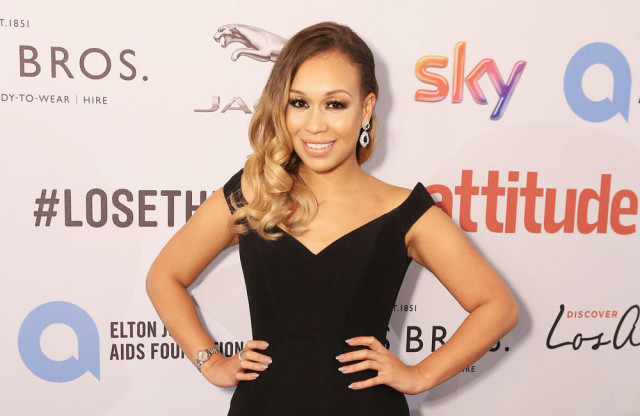 The 35-year-old singer took to Instagram on Saturday (01.01.22) to announce that she is set to wed sports agent Jonny Hughes.

Rebecca posted a series of pictures of herself with Jonny, 35, and wrote: "I am So ‘Happy’ to announce I am engaged to the love of my life. Dreams can come true."

She later tweeted: "Finally life got good for me, I am so thankful I've been through so much, I am so happy I found love and I'm excited for the next chapter!"

Rebecca has been dating Jonny for around four years but they have kept their relationship out of the spotlight.

She previously dated Zayn Malik in 2011 but he later branded their relationship a "mistake".

He said: "It shouldn’t have happened. It was just a wrong idea from the start. It did end quite badly so we don’t talk any more. We’re not in touch at all.’"

She has children Lillie May and Karl, with her ex Karl Dures and was left heartbroken five years ago when she was dumped by an unnamed boyfriend while pregnant with their daughter Arabella.

She said at the time: "I wanted to enjoy [pregnancy] but, because of everything going on in my life, I just couldn’t. Her father and I split when I told him I was pregnant, then I found out he’d been seeing another woman all along. I felt so fat, ugly and depressed and had horrendous morning sickness for the first few months. I couldn’t keep anything down! I was also touring the UK and Europe and couldn’t take time off, so I slept whenever I wasn’t on stage.

"I lashed out at him and his partner on Twitter, then felt guilty about it. But I was so angry and couldn’t understand why he didn’t want our baby, or how his partner could stay with him, knowing how he’d treated me. My hormones and my head were all over the place because it’s natural to want to be with your baby’s father. My heart was broken and I cut myself off from friends and didn’t go out.

"People must have thought I was crazy. But I’d tell any woman going though a similar thing, ‘You’re not mad, you’re just going through something so painful. Somehow you have to get those feelings out, and it will take you a while to get over it. It does get better.’ The minute I saw Arabella’s gorgeous little face I knew all the emotional pain that I had gone through had been worth it."