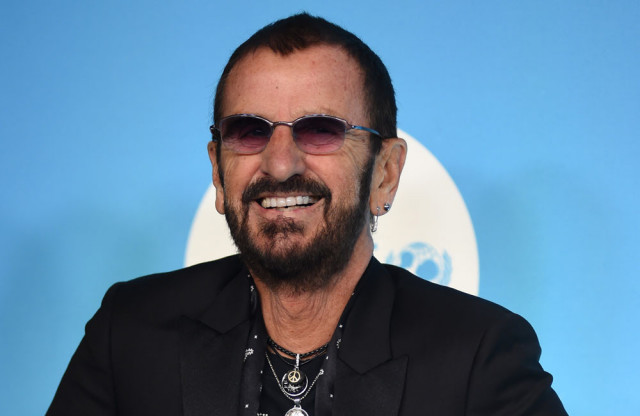 The 81-year-old musician is has been working on the project - titled 'Lifted: Fab Images And Memories In My Life With The Beatles From Across The Universe' - and it's set to drop on Feb. 14, with money benefiting the Lotus Foundation which supports a range of causes.

He said : "In recent years I’d gather these Beatles photos that I didn’t have and sometimes barely remembered.

“I thought how great it would be that we can lift these fantastic photos for charity, tell my true tales about what we four went through and make a great new book out of it.

“And the best thing is it’s all for a good cause, because the money is going to our Lotus Foundation."

Meanwhile, Ringo recently admitted he was surprised to learn his iconic band's streaming figures are nowhere near Drake's.

He admitted he is "so proud" of the legacy of the 'Let it Be' hitmakers, and he initially thought they were doing well with around "five billion" combined streams in 2020, until he saw the 'God's Plan' rapper's figures.

The 35-year-old hip-hop megastar recently made history as the first artist to be streamed over 50 billion times.

Ringo said: "I'm so proud of the music we [The Beatles] made, I love the other three guys, but every generation has a listen to us.

"As soon as they become teenagers if they're into music they have a listen to us. So every generation has their Beatles moments. That's how we carry on.

"I used to think we were doing really well because we sold and we streamed I think it was like five billion last year. Five billion streams. Get off. Then I look at Drake and he does that a day."

Ringo reunited with former bandmate Sir Paul McCartney, 79, on a cover of the 'Eleanor Rigby' group's late frontman John Lennon's 'Grow Old with Me', which Macca sings and plays bass on.

It featured on Ringo's 2019 studio album, 'What's My Name', and the music legend hinted he's always open to collaborating with his fellow Beatle.

He explained: "When he comes over, and I'm doing tracks I'll say I've got this track, I'd love you to play bass and he'd say, 'I'm coming into LA', and he'll come over and play bass and he is the most melodic."