Bradley Cooper was 'held up at knifepoint' on New York subway

Cooper held up at knifepoint 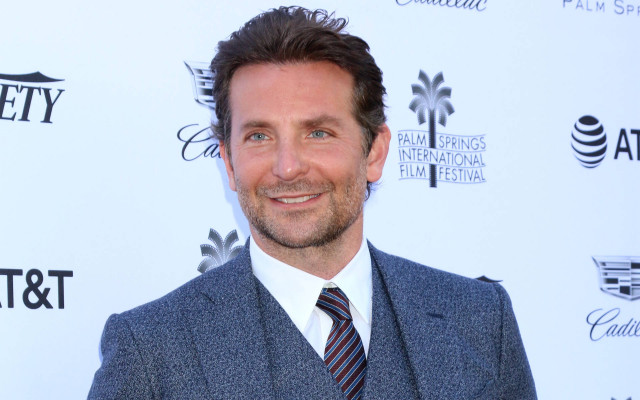 Actor and filmmaker Bradley Cooper chased a man with a knife after being held up on the New York City subway in 2019.

The A Star is Born director believes the scary encounter happened after he had become "too comfortable" in the city and that he first thought he was being approached by a fan instead of a knife-wielding thief.

The incident occurred when he was on his way to pick up his then-two-year-old daughter, Lea, who he shares with ex-girlfriend Irina Shayk.

"I used to walk around New York City all the time with these (headphones) on - this was pre-pandemic. I was on the subway (at) 11:45(am) to pick up Lea downtown at Russian school and I got held up at knifepoint," he told Dax Shepard on his podcast Armchair Expert.

"It was pretty insane. I realized I had gotten way, way too comfortable in the city. My guard was down..."

Bradley added, "I felt somebody coming up. I thought, 'Oh they want to take a photo or something.' As I turned, I'm up against the post like it's The French Connection or some s**t, and... I looked down and I see a knife."

He described the knife as being almost three inches long and the person wielding it as younger than he'd expected.

"I have my headphones on the whole time. I can't hear anything. I'm just listening to music. So it's scored, the whole thing was scored," he laughed.

"I can't remember (what I was listening to). I look up, I see the person's eyes, and I'm taken by how young they are."

Cooper explained he'd been taught to never run from a knife, but instinctively headed for the exit.

"I just started...running. I jumped over the turnstile, hid around the white, tiled entrance to the subway (and) took my phone out. He jumped over, running away."

Caught up by the adrenaline, Cooper ran after the perpetrator and snapped pictures of him.

"I took a photo of him. Then I chased him up the stairs. He started running up Seventh Avenue. I took two more photographs of him," he recalled.

"I ran down two police officers in an SUV, showed them the photograph and I'm, like, talking to them, and the guy kept saying - it was so interesting - he's like, 'Are you stabbed?' I was like, 'No, no.' He was like, 'Check to see if you're stabbed.' What happens is people get stabbed and they're in shock. I looked to see if he was right..." he shared, indicating he'd luckily emerged without injury.

"And then I got back on the subway and picked up my daughter," he concluded.