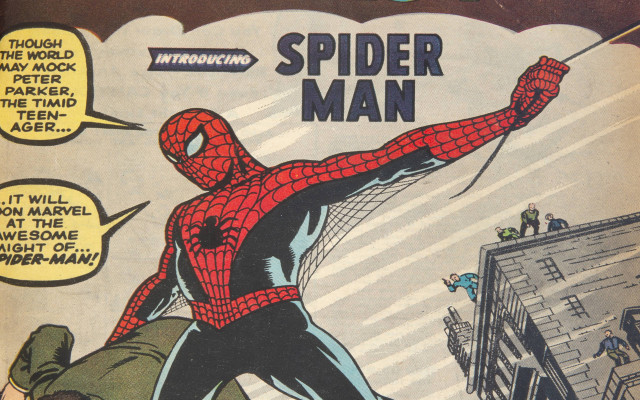 The first comic ever to feature Spider-Man was auctioned off for a record-setting $3.6 million on Thursday.

The 1962 Marvel issue, Amazing Fantasy No. 15, went under the hammer at Heritage Auction's Signature Comics & Comic Art sale in Beverly Hills, according to The Hollywood Reporter.

The comic was written by the late Stan Lee - creator of the teenage superhero - and drawn by Steve Ditko, who teamed up with fellow illustrator Jack Kirby for the iconic cover.

Editors at the outlet report the hot auction item is one of only four certified near-mint copies of the publication.

The success of the webslinger led to the character getting his own monthly periodical, as well as several animated TV series and hit movies.

The huge winning bid topped the figure earned by Superman's comic debut in 1938's Action Comics No. 1, which went for $3.25 million at a private auction in April, while Batman No. 1, featuring the Caped Crusader's first appearance in print, from the 1940s, sold for $2.22 million at a Heritage auction in January.