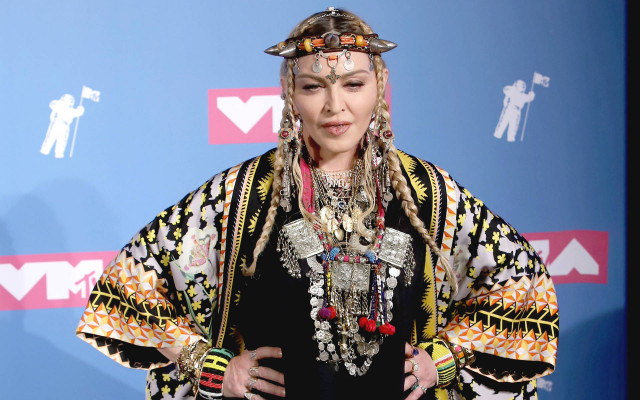 Madonna defied London Palladium bosses and finished her latest Madame X gig after they almost dropped a heavy curtain on her to stop the show.

The Material Girl singer, 61, accused venue chiefs of trying to "censor" her by pulling the plug on the production when the 11 p.m. curfew came on Wednesday, despite her only having one song left to perform.

The following day, she took to Instagram to share a video of the moment and, after cursing, "F**k you motherf**kers. Censorship, censorship," at staff in the wings, she returned to the stage in front of the curtain to finish the final song, I Rise, a cappella.

"Artists Are Here to Disturb the Peace................ it was 5 minutes past our 11:00 curfew - we had one more song to do and The Palladium decided to censor us by pulling down the metal fire curtain that weighs 9 tons," she wrote in the caption.

"Fortunately they stopped it half way and no one was hurt.............." the pop superstar added. "Many thanks to the entire audience who did not move and never left us."

Fans on Twitter reported Madonna added the Evita classic Don't Cry for Me Argentina to her set in honor of its composer Andrew Lloyd Webber, who was apparently in the audience for the show.

The star will perform seven more dates in London before wrapping the jaunt with a 14-night residency at Le Grand Rex in Paris, France.