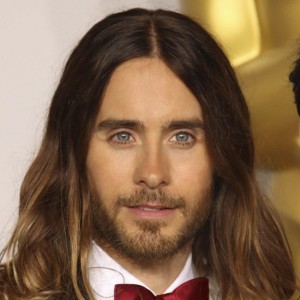 Jared Leto doesn't feel connected to where he grew up.

The Oscar-winning actor admits he is glad he "escaped" from his hometown Bossier City, Louisiana at an early age because "it's very oppressive."

In a joint interview with his older brother Shannon Leto, the 'Dallas Buyers Club' star told the new issue of FourTwoNine magazine: "We escaped early on. It's very oppressive. We would go back for the summers and stay with our grandmother, though. So the culture was always there that we returned to.

"We moved around every couple of years growing up. Way up to north Massachusetts. Everywhere. But no matter where we were it was a very creative environment around artists. That is obviously an important reason that Shannon and I are pursuing the path that we are now."

The 30 Seconds to Mars rockers also insist they aren't "adverse" to defining themselves as "queer" without it being a sexual term but a cultural one.

And Jared added: "I don't think we'd care at all. We certainly identify with people who are different."

He is also happy that his band has a large LGBT (Lesbian, Gay, Bisexual, Transgender) fan base.

He said: "I got a note from a kid yesterday. We were signing a thousand CDs after a show. If you looked at him, he looked like any young kid maybe in twelfth grade or eleventh grade who'd be on the baseball team or something. A nice looking kid. He handed me a note and it said, 'I just want to say thanks so much for the music. It's helped me in many ways-especially with coming out this year to my family.'"