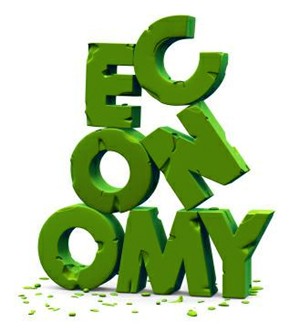 I fear that as the global financial system continues to crumble, and believe me it will get a lot worse, capitalism will increasingly be viewed as the culprit. Even film director Michael Moore, that stalwart of objective film making, has dedicated an entire movie to heaping the ills of the world on the shoulders of capitalism. “Hey Mikey, nice movie but you completely missed the mark”. Throughout the entire movie he was describing Corporatism. One should reference a dictionary to understand the meaning of a word before decidating an entire movie to the topic.

You see, capitalism doesn’t allow large corporations to influence government into making poor financial decisions. Capitalism doesn’t hand out trillions of dollars to failing companies to allow these companies to continue producing inferior products. Capitalism would not reward Wall Street investment bankers who have lost billions of dollars of their client’s money. Capitalism would have shut these banks down and penalized those traders who made the bad decisions. And Capitalism sure as heck would not have taken 9.5 billion dollars of Canadian tax payers’ money and given it to the failing auto maker GM.

This brings me to my next point. Capitalism has absolutely no appetite for government involvement in business. I recently heard a statement from Prime Minister Harper stating that his government’s number one priority is the economy and creating jobs. Why? Governments can’t create jobs. The best thing they can do is get out of the way and let the free market and capitalism create jobs!

Nope, capitalism and the free market are not to blame here. The blame lies solely in the province of government interference in the market place, corrupt financial market manipulation, and the absence of true free capital markets.