What they've done to my dollar

In my last article I said that I would address the issue of why in recent history, the 50's through the mid 80's, it was possible to raise a family on a single income.  Today that seems to be a feat that is achieved by few families globally.  The cost of university, housing, transportation, energy, food, and the list goes on and on, are just not being met by present incomes.  In Canada we now have a Debt to Income ratio of 150%.  Thus the average Canadian household spends 50% more than it makes.  How sustainable do you think that is?  But once again the explanation for this phenomenon is not complex. 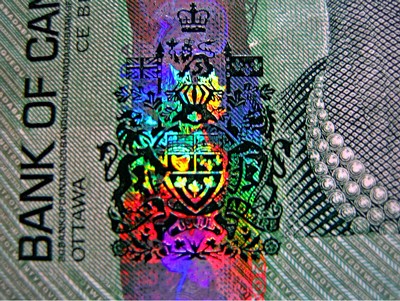 I come back to the issue that I have raised in previous articles about the world coming off of the gold standard, and abandoning a sound money policy.  When the US abandoned the gold standard in 1971, and by de facto the world abandoned the gold standard, governments were given the green light to print unlimited amounts of currency to spend on such misguided goals as growing government and financing wars.  Here's an interesting fact.  Throughout history, governments have had to temporarily come off the gold standard to finance wars. Had governments been required to stick to a gold standard (or some other form of accountable currency mechanism) World War 1, World War 2, the Korean War, the Vietnam War, Afghanistan....etc would never have been fought because neither side could have afforded to finance the war. Just think of the death and destruction that could have been prevented if governments were not allowed to print unchecked currency.

But let’s get back to how unchecked money expansion by governments affects the average citizen today. Inflation, by economic definition, is the expansion of the money supply.  Rising prices are a symptom of inflation.  As money expands and prices rise, the purchasing power of the currency decreases.  Thus it takes more money to buy the same amount of goods, which results in more income required to be earned in a household.  Which, of course goes without saying, puts more stress on the family unit.  Even with a low inflation rate of 2%, the target rate set by the Bank of Canada, a dollar will lose half of its purchasing power in roughly 35 years.  This is a phenomenal statistic! It makes you think twice when our central bank tells us that inflation is under control at the present rate of 2.1%.  Since 1870, with price inflation averaging 3.6%, the Canadian dollar has lost 96 % of its purchasing power. This means that if you had $100 in 1870, it would be the equivalent of having $4 today.

Unfortunately if you have been paying attention to economic headlines of late, the central banks around the world are gearing up to print currency like they never have at any point in history. What do you think this will do to purchasing power of currencies going forward?