I intend to spend the next few columns writing about inflation. What is it? How does it occur? Does it even need to exist? 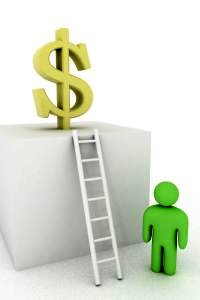 Let’s first address the symptoms of inflation, which are rising prices. Two days ago a colleague of mine bolted into my office proclaiming that she had just received a 2% pay raise. She was under the assumption that her net worth would increase by 2% over the upcoming year. I looked up from my computer to disappointingly inform her that year over year the inflation rate as of December 20, 2011, was 2.1%. Of course that number excludes the fact that gasoline prices had risen 13.5% in the same time period and food prices were up an average of 4.8%. She left my office sporting a look of someone who had just had their cat run over.

The point being is that Canadians have to stop embracing nominal values and start looking at real values. Nominal values do not account for inflation. So when my colleague exclaims that she has just received a nominal 2% pay increase, she must also factor in the inflation rate. Her real pay increase is (2% - 2.1% rate of inflation) = - 0.1%. So in fact her supposed gain is actually a loss of 0.1%. To add salt to her wound, the number gets far worse when you factor in food and energy.

To take this one step further, what we are really talking about here is purchasing power. How much stuff can I buy with the money I have? If the cost of goods is rising at a faster rate than your wages; you are losing ground! This is often a difficult point to get across to people so let me come at this from another angle. In the height of hyperinflation in Zimbabwe in 2009, almost everyone in the country was a billionaire. However, almost no one in the country could afford a loaf of bread. This was because the currency had lost its purchasing power.

Let’s face it. Money is only good for one thing and that thing is to buy us stuff. Full Stop! End of Sentence! We can’t eat money. It won’t shelter us from the elements. We can’t watch it at night like a movie. If the entire country receives a 100% pay raise tomorrow and the cost of goods rises 100%, we are not one iota further ahead than we were the day before. If anything, it’s more of a pain in the gluteus maximus because we now have to cart around more money to buy exactly the same amount of stuff as previously attainable.

This obviously leads to the next topic. Ever wonder why 30 years ago you could raise a family on a single salary? I will address this issue in the next column.


This article is written by or on behalf of an outsourced columnist and does not necessarily reflect the views of Castanet.