As in many cases, to understand the present we need to know our history. Throughout history, there have been many different types of gold standards. The last gold standard was eliminated by US President Nixon in 1971. What made the US dollar valuable was that it was backed by gold. A certain amount of gold had to be in reserve in order to print a US dollar. The US dollar was the last currency to be backed by gold. Prior to 1971, holders of American dollars could go to the bank or the Federal Reserve and demand that their paper US dollar be converted to gold. After 1971, the US dollar was no longer convertible to gold. This kept a check on currency printing. Because the currencies of the world were pegged to the US dollar prior to 1971, the world was on a defacto gold standard.

Gold standards are brilliant in preventing extreme economic boom and bust cycles. A gold standard keeps The Balance of Trade in check.  Throughout history, at the end of the year countries would figure out who owed who money and a ship would set out with gold to even all debts. The countries that sent out the gold would then have to tighten their belts, reduce credit in the system and call in some loans. This would result in deflationary pressure in these economies. The countries that received the additional gold would expand their credit system, increase spending and would experience inflationary pressure in their economies. The richer countries would increase imports from the countries experiencing deflation because goods were cheaper in the countries where the gold had left. At the end of the year, the richer countries would be indebted to the poorer countries as a result of trade. Subsequently, gold would be shipped back to the contracted economies. Economic booms and busts still took place, but to a far lesser amplitude than we experience globally today.

Since the US came off of the gold standard, there have been no limitations to how much currency they can print.  The US is presently the largest importer and debtor in the history of the world. This on its own is a troubling fact. To add a nuclear explosion to the fire, the US dollar is the world’s reserve currency. This means that the central banks around the world hold US dollars as protection for a rainy day. In addition, the US dollar is the currency in which the overwhelming majority of global trade is conducted. Thus the ills of the US printing press have infected the banking systems of the world. However, our friends to the south are not alone in their state of currency printing nirvana. The central banks of China, Japan, Great Britain and Europe have also been drinking from the same punch bowl as a result of coming off of the gold standard. And Voila…..Global Financial Crises. To see the affects of unlimited currency printing, reference Weimar Germany 1923 or Zimbabwe 2009. 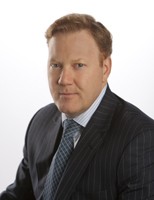 Derrick is a Currency Strategist with Western Union Business Solutions who specializes in mitigating currency risk for corporations involved in importing and exporting. Derrick’s concentration is in global economics.