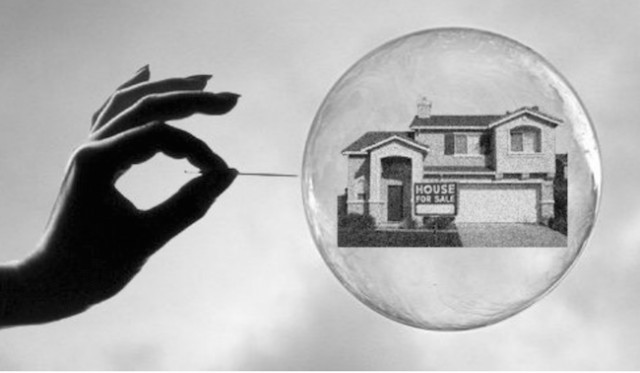 In my last article, I wrote about the ways that government intervention and central bankers have artificially suppressed global interest rates below their natural free market levels.

This has significantly punished the savers of the world, as the returns on savings have essentially fallen to zero and below when inflation is factored in.

In this article, I want to address the misallocation of capital that has flowed into the real estate market, as well as the consequences resulting from these manipulated interest rates, especially in Canada.

There exists an inverse relationship between interest rates and real estate prices. Generally, as interest rates fall, the price of real estate rises. More first-time home owners and investors are treated to lower mortgage payments, which ultimately brings more buyers to the market, which precipitates upward pressure on home prices.

The reverse also holds true. With the global economy not being too hot of late, governments and central banks have lowered interest rates in a misguided attempt to revive the economy. Canada has not escaped this trend.

We presently sit at record low rates for borrowing money, which has resulted in capital being redirected from more needed areas of the economy into the real estate market, thus creating a housing bubble.

Generally speaking, housing prices across this country are significantly higher than their true market value. Whether it be a bursting of the bond market, further depreciation in the value of oil or a stock market crash that is the catalyst, an economic correction will be visited upon the housing market in this country, and globally, in the not too distant future.

This is going to leave many home owners ‘under water’, which means that they will owe more on their house than what the house can be sold for on the market.

One of the benefits of lower interest rates and higher property values to municipal governments is the increased revenue. One of the largest sources of funding for cities is property taxes.

Now here’s the rub: When we experience a real estate correction - and we will, just as sure as politicians will make campaign promises that they cannot keep, what happens to city revenue?

There is going to be a massive shortfall of what the city has grown comfortable in receiving to finance their overinflated budgets, and what they will actually receive. Watch for either property taxes going through the roof, putting further downward pressure on real estate prices. Or, they will come out with a slew of new taxes to collect tax revenue.

Who knows, you might be looking at a swimming-in-Lake-Okanagan tax, or a chewing-gum-on-Tuesday tax. Because somehow, some way, the piper will need to be paid. And as usual, it will be the tax payer who gets the bill.