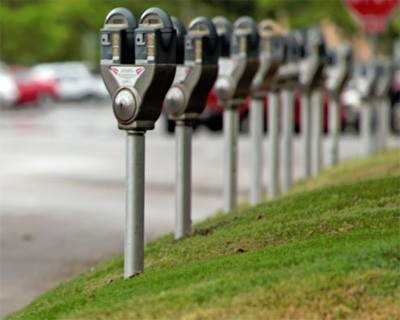 Two days ago I drove downtown for a business meeting. When I returned to my car I had a parking ticket on my windshield. Being the critical thinker that I am, I began to mentally dissect the mythology behind the parking meter. Roads, streets, sidewalks, parking meters, street lights are all paid for by you and me, the tax payer. Not only that, the items that I have just mentioned all require a tax to be paid when they are purchased. In addition, the labour that installs this infrastructure is taxed on the wages they receive as well as the contractor paying income tax on revenue derived from constructing the project. Now when you park downtown to conduct business, you have to pay again for these items in the form of plugging the parking meter. To add salt to the wound, if you don’t pay enough for the use of something you already purchased at the onset, you will have to pay a third time via a parking ticket. Talk about legalized extortion!

It is a widely held opinion that government is a disease inflicted upon society. There are hundreds of examples of this, but I’m going to stick to my parking meter example. Governments are constantly barking about how they are working hard to grow the economy, create jobs and further economic activity. The big problem here, which is beyond the comprehension of government, is that they have absolutely no ability to create jobs or grow an economy. That control lies solely within the realm of the private sector. Government only has the power to hurt the economy through taxation, tariffs, quotas and other ill devised destructive tools of government.

So what’s my point? My point is after you have already paid for the infrastructure of downtown, and private individuals have taken on the risk, stress and volatility of creating a business, we then have to pay to go to this meeting area in an effort to grow the economy to pay more taxes. If government is true to their word, they should scrap every single city meter. (I must stress that I am not talking about privately owned parkades. (These are private businesses). This would promote an environment more conducive to commerce. To be completely honest, those traveling downtown to do business should receive some sort of compensation for their efforts. Instead of feeding the meter, the meter should feed us. Here endeth my rant.