Show me the money

I’ve been monitoring the provincial school teachers strike quite closely and am surprised by the fact that one of the questions on the forefront of my mind seems to be absent from others. My concern is that the B.C. taxpayer, regardless of whether they have children in the public school system or not, pays for kids to be in school for approximately 36 weeks per year. Due to initial rotating strike action and then full strike action, the B.C. taxpayer was shorted almost 2 ½ weeks of schooling that they paid for out of their taxes. Consider if you ordered a pizza or some lawn maintenance service and you paid for this up front but never received the pizza or law maintenance. Would you have legal grounds to pursue reimbursement? Of course you would! So when the government steals money from us and does not deliver what they promised, are we justified in demanding reimbursement? You’re damned right we are. 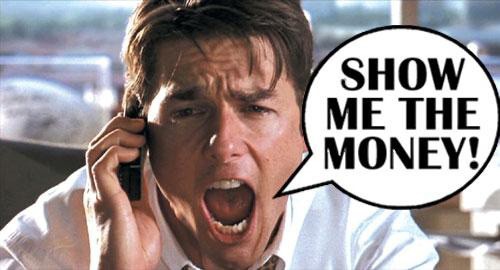 Just pause for a second and think about this. You were forced, under threat of imprisonment, to give money to the government that was then supposed to be delivered to the teachers and assistants to educate our children. The government took our money, but never delivered it to the teachers. So where is it? Well, it’s sitting in the provincial government coffers. If you consider the fact that every taxpayer in B.C. has contributed to this, the total sum is in the millions of dollars. Now this is not new practice for government, but they typically steal from us under the guise that the funds are spent on other things that are purposefully opaque so that we cannot trace these funds. However, this particular situation is extremely transparent. I have made approximately a dozen phone calls to the provincial government, the Ministry of Education and other branches of government to try to quantify and track down these funds. I have been passed from department to department and I have left several voice mails and live messages and have been promised that I would be called back. Well that’s over a month now and not one person or department has returned my call. Why am I not surprised?

Now in the private sector when you abscond with funds that are not yours it is called theft and you are prosecuted for this. In the public sector this is called business as usual and you carry on with your day. Furthermore, sources inform me that the best we can hope for is that our kids might be back in class by October. That will make this theft from the taxpayer even larger than its present value. We will have to wait until our kids are back in class before we can take action because only then will we know what the total sum is that we should be demanding to be returned to us.

Judging from the general mood of the overburdened taxpayers that I’ve been speaking with, they are not about to let this go. They want that money to be delivered to the teachers or back to the taxpayer. They don’t want these funds spent on lavish dinners and trips for our politicians. Enough of our money already goes to fund these activities.