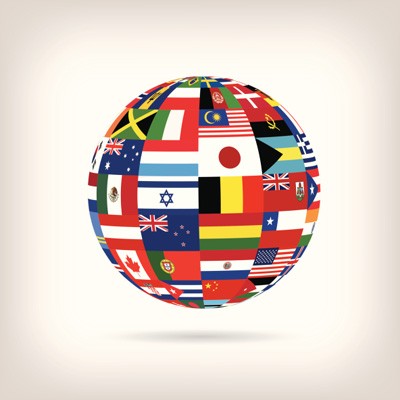 So once again the patriotic holiday season is upon us in Canada and the U.S. with Canada Day and Independence Day on the horizon. For the past couple of years I’ve been finding myself questioning why everybody is getting so gosh darned excited on these two days. What’s up with this blind faith in patriotism? What is patriotism and more importantly, what are its virtues if any? Who or what is it that we are supposed to be patriotic to? Politicians want us to believe that patriotism should be directed to a flag and government and some artificial red lines drawn on a map by a bunch of politicians. Why should that garner patriotism? Are we supposed to be patriotic just because we were born here? Why? What would happen if one day another bunch of politicians just erased those imaginary lines? It will happen. It always does. Then what?

Further to the point, what is it that we are so proud of as Canadians? Is it the fact that almost 50% of our paycheque is stolen by the government? Are we fiercely proud that our politicians are no longer accountable to the people? It must be that we derive national pride from the fact that Stephen Harper and John Baird consider Canada the 51st state and are both hell bent on getting Canada involved in the next US war. And mark my words; the US has a long list of wars that it can’t wait to start.

Now I know that I will receive a lot of flack from the Budweiser drinking populous that will be three sheets to the wind by noon on Canada Day. I’m sure they will be saying things like; “How dare he question Canada Day?” “That currency guy most not love freedom!” The truth of the matter is that these people would be happily hammered by lunch if you gave them the day off and called in National Cheese Burger Day. I’m not too worried about the general opinion of this sector of the population. Furthermore, if these people think they are living in a free land then they ought to try not paying the property taxes on the home they think you own. Or try entering this free country without a passport. Why not? It’s your home country isn’t it? You’re a citizen of this country aren’t you? Why would you need documents to enter your home? Better yet, when you have passed through the metal detectors at the airport without setting off the alarm, try refusing further security checks when you are “randomly selected” for further security checks. See how free you are then. Any of the previously mentioned acts, which should be acceptable in a free country, will get you a very fast and painful education with respect to the freedoms you don’t have.

Now don’t get me wrong, the physical beauty of our so called country is breath taking. And the vast majority of the people who populate this land are a credit to the human species. That being said, there are many beautiful places throughout our planet. And there are amazing and wonderful people all over the world. However “Patriotism” is a human condition that provides an invaluable tool for politicians to manipulate us like cattle. They put an artificial fence around the land they have staked out and throw a flag in your face and instruct you to worship it. You must sing an allegiance to these symbols at every football, baseball, and hockey and basketball game. And remember when the time comes for war, and there is always time for war, you will know what side you are on by simply having a flag waved in your face.

So what would happen if we rid this planet of these ridiculous artificial borders? Well, it would essentially dry up a very lucrative revenue source for government. Government would lose the power and riches that come from tariffs and every other tax and duty they place on goods and people entering and leaving a country. Without borders you would actually be free to roam the planet as we were meant to do. Goods would flow unfettered around the world without barriers. This would strengthen the global economy to levels never seen before and then we would actually see free trade and true markets evolve. Unlike the highly manipulated markets of today.

It isn’t hard to do

Nothing to kill or die for

And no religion too

Imagine all the people living life in peace…”