Ready for an audition 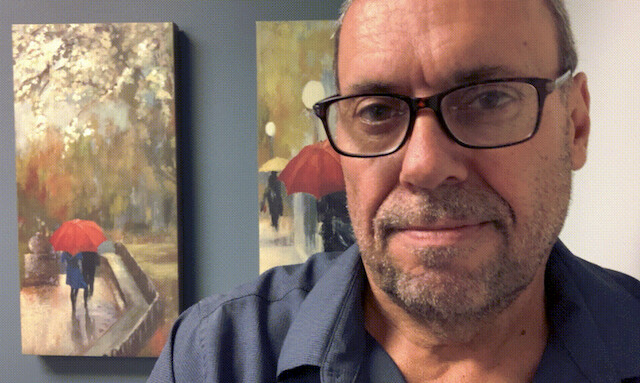 “It’s all you have. Use it, enjoy it. Have fun. It is your only guarantee," said Damon Gregory.

Damon is an actor and the owner and force behind Ellis Media Collective (EMC).

Recently, I had the opportunity to audition for a feature film. Like most opportunities, the timeframe was very short. They also ask for requirements with elements you aren’t prepared for.

This time, I needed a professional video. Oh, no. After all, this wasn’t for background work. My big chance. Unfortunately, my home video skills were seriously lacking.

Lucky for me, I knew Damon Gregory and about EMC.

I took my script, met him at the EMC studios, and had a eureka moment.

I have never enjoyed auditions. They always felt more like “bocca al lupo – into the wolf's mouth.” This is an Italian idiom that is said for good luck backstage before an opera performance. Only auditions felt more like a literal translation to me. If blood was to be spilled, I knew it would be mine. Nothing relaxing about that.

Not anymore, thanks to Damon.

In one short hour, he took the fear out of auditioning. He showed me what a quality submission should contain and how to look professional. We taped, analyzed, re-taped, laughed a lot, and found confidence through his coaching. All this and I had fun.

This man is an incredible teacher and resource.

He comes from some pretty famous stock. His dad, Gregory Millar, was the assistant conductor to the New York Philharmonic Orchestra and Leonard Bernstein's assistant. His mom is Roslyn Frantz, a world-famous pianist, linguist, coach, teacher, and accompanist. She has been musical director for years with Kelowna Actor's Studio.

You would think he would have gravitated to a music career, but no; he has had a lifelong love for television and film. His young idols? Jerry Lewis, John Wayne, and Clint Eastwood.

After New York, the family moved to Tucson, Ariz. He described an ideal childhood, full of sports and sunshine. He graduated from Canyon del Oro High School in 1979. Life, at this time, took him in a different direction from movie work.

He began working on his customer service qualities that make him such a great teacher and communicator today.

He ran a phone salesroom and managed restaurants. In 1981, he moved to Kelowna, continuing to work in the service business. He even wrote some popular radio jingles for McCulloch Station Pub.

In 1997, he decided to pursue a career in acting. He moved to Vancouver and graduated two years later from Gastown Actors Studio.

His classical training and innate talent enabled him to sign with a great agent, Robert Carrier and he worked steadily until 2003.

He moved to California and for the next 16 years, he worked as a general contractor building luxury homes. Didn’t see that coming.

The COVID-19 shutdown brought him back to Kelowna. He has recently returned to his acting career.

He also noticed a need here in Kelowna, pertaining to the film industry. The Okanagan has incredible talent but many lack the polish that the big city talent has. That polish makes all the difference in getting cast in films.

The idea of EMC was born. He would love it to be a one-stop place for those auditioning. A place to make audition videos, take classes, rent teaching and photography space. BookIT Talent Agency is already there.

Kelowna's talent has needed this and he is the perfect person to head it.

2021 has been a record year for film production in the Okanagan. By the end of the year, there will have been 40 to 60 productions shot here. Kelowna is very appealing. It has deserts, mountains, cities very close by, and lots of talent.

EMC fills the missing gaps between auditions and work.

Where is Damon now? He was leaving for a two-week shoot of a movie of the week, followed by work in a feature sci-fi film. You will be able to see him perform in September. He is in Eurydice by Sarah Ruhe, produced by Virago Collective at the Rotary Center for the Arts.

As busy as he is, he always finds time to help, teach, educate, and build EMC. He is putting together a series of classes for the fall. I will be attending.

The Kelowna film industry is ready to explode, and Damon will be there when it happens.

He may be on set, but he will find the time to help you get there too.

A wonderful, accessible dynamo at your fingertips. Reach him at [email protected].