Did CMHC go too far in recent information gathering? 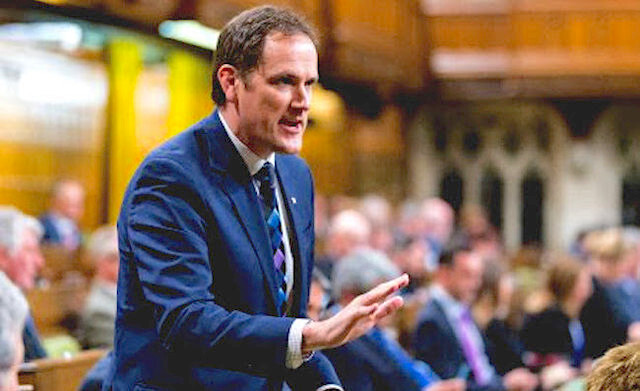 It was in an October 2018 MP Report that I referenced serious concerns raised by residents on news that Statistics Canada was demanding access to certain Canadians’ personal financial and banking information, including all transactions along with bank account balances, without their consent.

At that time, Prime Minister Justin Trudeau made it clear he supported Ottawa bureaucrats having access to this personal financial information.The prime minister also stated Statistics Canada was actively engaged with the Office of the Privacy Commissioner in that data gathering effort.

It was also revealed the minister (responsible for Statistics Canada) at the time was not notified of the data gathering effort, as is required under legislation. Fortunately, this plan was halted.

I bring this up because an Ottawa-based journalism outlet, Blacklock’s Reporter, has just revealed, through an access to information request, that the Canadian Mortgage and Housing Corporation (CMHC) has recently been involved in a data gathering effort again involving your personal financial records.

According to Blacklock’s Reporter nearly nine million mortgage holders had their data obtained without borrowers’ informed consent, including personal income, municipal addresses, credit scores and household debts, even for homeowners who were not CMHC customers.

The report further states that, once again, the Office of the Privacy Commissioner was not consulted on this data gathering effort.

When this similar situation occurred in 2018 with Stats Canada, Parliament was in session and we, as the official Opposition, were able to ask questions of both the minister and the prime minister to hold the government accountable.

Unfortunately, we learned recently the prime minister does not intend to recall Parliament until Nov. 22, well over a month away from today and more than two months since the Sept. 20 election.

This leads to my question for this week:

Do you believe two months to recall Parliament after an election is a reasonable period of time or should this occur within a shorter time frame?