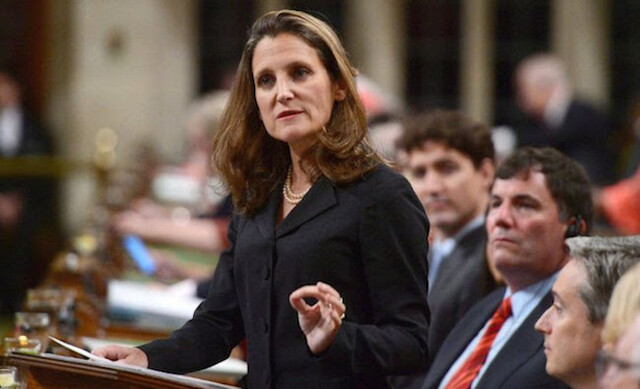 Last week, with so much Canadian media attention focused on the American election, many events in Ottawa did not receive the headlines they might have.

The increasing lack of transparency we are experiencing from this Trudeau Liberal government, that promised it would be “open by default," is a growing concern of mine.

I will provide some examples.

Last week, Yves Giroux, the Parliamentary Budget Officer (PBO), released several reports. One of these reports was an assessment on how much the Liberal Government's pay equity program would actually cost.

This program aims to level out pay disparities between men and women in the public service.

I will quote directly from the PBO:

"The PBO requested the Government’s fiscal analysis of how much more money is expected to be spent to comply with the legislation. However, the Government refused to share this data."

The PBO has suggested the federal wage bill costs could rise by $477 million starting in 2023-24.

The PBO also reported that the Finance Department had provided a:

thorough public accounting every other week until August, but that practice ended when Prime Minister Justin Trudeau prorogued Parliament.”

Since the PM appointed a new Finance Minister, there have been no financial reports made available to the PBO, or to Canadians for that matter.

Yet another example occurred back on June 3, 2020.

In my former portfolio, as the shadow cabinet critic for employment, workforce development and disability inclusion, I asked if the minister could please tell us the current balance of the EI account.

Despite the minister promising this information as of this week, it has still not been made available.

This is very troubling as the EI account belongs to workers and the EI premiums paid must be sustainable.

Considering so many Canadians pay into the EI fund with every pay cheque, why will this government not tell Canadians the balance of the EI account?

When this Prime Minister was elected, he wrote an open letter to Canadians where he:

“committed to set a higher bar for openness and transparency in Ottawa. Government and its information must be open by default. Simply put, it is time to shine more light on government to make sure it remains focused on the people it was created to serve.”

In reality, we are witnessing a Liberal government that refuses to provide critical information to the Parliamentary Budget Officer and to other Members of Parliament.

To this day, several parliamentary committees continue to be filibustered by Liberal MPs.

We gone through the longest period in Canadian history without a federal budget being presented, a budget that is a necessary economic plan to get us through these challenging times.