The definition of a ‘senior citizen’ and the age when someone is considered to become a senior is very debatable, especially now that people live longer. Currently, in Canada, a senior is accepted as being 65 years-old.

For the work that I do, every time I use the term ‘senior’, I am referring to people who are 80 years plus. I consider them to be ‘elderly seniors’. Their families who I consult with are generally between the ages of 45 and 70 years old. I also consult with people between the ages of 70 and 80 years-old to help them plan for their future. I do not consider any of these people to be senior citizens. 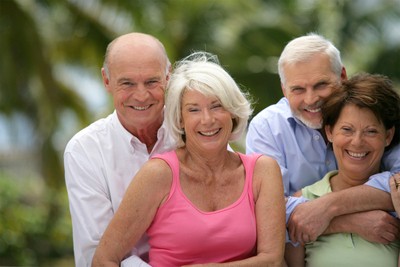 In commerce, some businesses offer customers of a certain age a ‘senior discount’. The age at which these discounts are available vary between 55, 60 or 65, and other criteria may also apply. Sometimes a special ‘senior discount card’ or other proof of age needs to be obtained and produced to show entitlement. This is needed as people can look younger than the required age.

In the past, some of the terms used to refer to seniors have been, ‘rather old, past middle age, advanced years’. This needs to be taken in the context of the average age that people lived until at that time.

We all know people over the age of 65 years who have negative outlooks on life and would prefer to be dead. Then, there are others who are in an 85 year-old bodies but have the energy and positive mental well-being that you want to be with them.

Every time I do presentations for groups, I tell them that I define my use of the term ‘senior’ to be people over the age of 80 years. There is usually total agreement from the audience. They tell me that they do not consider themselves to be seniors and do not like to be referred as such. They also do not like to be referred to as the grey tsunami or have a guilt trip laid on them for being a ‘supposed’ hardship on the healthcare system.

Although, no one likes to have a term used for them, for certain reasons it is required. The only term that I can come up with is that anyone between the age of 65 and 80 years-old is a junior senior.

Perhaps in the future there will need to be an official term used to define the group of people from 60 to 70 years-old, then from 70 to 80 years, and from 80 years plus. With more people living to be 100 years and older, they too might have a term.

Sharen Marteny created Seniors Consulting a division of Marteny Seniors Consulting Ltd, which assists families of seniors determine the needs and wants of seniors when living at home is no longer an option. Care Coordination is done for seniors when the family does not live in the area and provides a temporary 24-hour emergency contact to allow families to take a well deserved vacation or respite.

She is a member of the United Way Campaign and focuses on raising funds for registered charities that relate to seniors. She is also on the Central Okanagan Economic Development Commission Advisory Board to ensure the products and services that seniors need will be available. Sharen's goal is to ensure that issues relevant to seniors are addressed.

She is a Certified Seniors Advisor with over 25 years experience in management and the seniors' retirement industry.