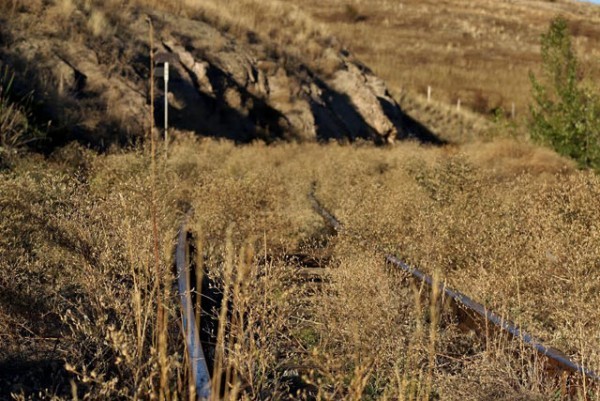 Kelowna taxpayers appear to be off the hook, at least for the time being, for its share of the CN Rail line purchase.

One week after signing a negotiated sales, purchase and gift agreement with CN, local governments are working to secure funding.

“With a route that follows portions of the largely undeveloped shorelines along Kalamalka, Wood and Duck lakes, preserving this corridor as a public asset that is also suitable for dedicated multi-modal transportation is a priority,” says Doug Gilchrist, Divisional Director Community Planning & Real Estate for the City of Kelowna on behalf of the regional partners.

“The land would become accessible and valued as a public asset for the benefit of all our citizens.”

Under the Canadian Transportation Agency discontinuance process, a single entity must put forward an interest in acquisition of the corridor; therefore the purchase model is to have the City of Kelowna be the sole purchaser with subsequent purchase and sale agreements to the other jurisdictions.

The due diligence period following signing of the agreement allows 120 days to investigate terms of the agreement, including funding options. With the majority of that time still available, local governments are continuing to work through the details.

While a number of ownership models were explored the preferred model is for each jurisdiction to own the land that falls within its boundaries. The funding allocation between jurisdictions represents the property value of the lands being acquired by each partner.

While the original asking price of the corridor was $50 million, the negotiated cost of the corridor is a combination of $22 million in monetary consideration and land donation for which the City of Kelowna will issue CN with a charitable donation receipt.

The City of Kelowna is estimating its share at $7.6 million which would be funded from reserves and interim financing with no additional tax increase to residents. Because the value of the land is more than the monetary consideration, the City of Kelowna will also issue a charitable donation receipt to CN for the difference.

The Regional District of the North Okanagan will fund its estimated share of $1.9 million from reserves with no increase to taxes.

The District of Lake Country’s estimated share is $5.1 million. To minimize the current tax impact to residents the District will be seeking approval to borrow up to approximately 50 per cent of this amount.

Given the regional benefits of public ownership, the City of Kelowna has additionally agreed to a Memorandum of Understanding with the District of Lake Country that would see Kelowna acquire a 50 per cent interest in the land within Lake Country boundaries on a temporary basis.

This abates the immediate cost to Lake Country until such time as the District purchases the share back from the City.

“Given that we are neighbours with shared borders, this is a mutually beneficial agreement for Kelowna and Lake Country,” says Gilchrist.

“The arrangement alleviates the debt load for the District of Lake Country’s residents, protects the opportunity of all the jurisdictions to finalize the deal with CN and preserves the corridor as a continuous route physically connecting the communities of the Central and North Okanagan with no current tax impact for Kelowna residents.”

Local governments are committed to actively pursuing and confirming additional funding options for the remaining approximately $7.3 million of the agreement purchase amount through alternate sources of funding, including grants and partnerships, before the close of the due diligence period.

Given the tight timelines of the due diligence period, the AAP process in Lake Country will be starting right away.