Given heads Regional Board 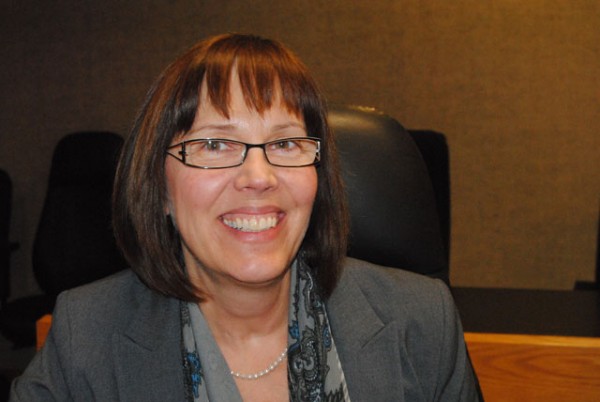 Kelowna City Councillor, Gail Given is the new chair of the Regional District of Central Okanagan.

Given replaces Robert Hobson who spent 21 years as board chair before deciding not to run for re-election in Kelowna last month.

"It's an absolute honour," says Given who served the last two years as vice-chair under Hobson.

"Robert provided lots of guidance and support to me as the vice-chair and opportunities to chair meetings, opportunities to do announcements and have a little bit of a taste of what it was like."

Given, nominated by West Kelowna Mayor, Doug Findlater, ran unopposed and was acclaimed to the chair.

Given continues a long line of Kelowna representatives who have served as board chair.

The last non-Kelowna representative at the board table to serve as chair was Andy Duncan, the Westbank Area Director who served as chair in 1973 and 1974.

"I'm always looking forward to opportunities where I can grow my leadership skills and serve the community at a deeper level," says Given.

"I have the capacity to do more and I just look forward to serving."

"My work is to make sure we're delivering the most effective and efficient service at the best price for the taxpayers," adds Given.

"Robert's particular passion was parklands and he has left an amazing legacy for our community and protected conservation areas, trails and natural areas. As we move forward we have to, not totally abandon the search for more properties, but look toward making the properties we do own more usable by the residents."

Given says there's a lot of work ahead but believes building on regional relationships and finding efficiencies.

The position of chair is for one year.