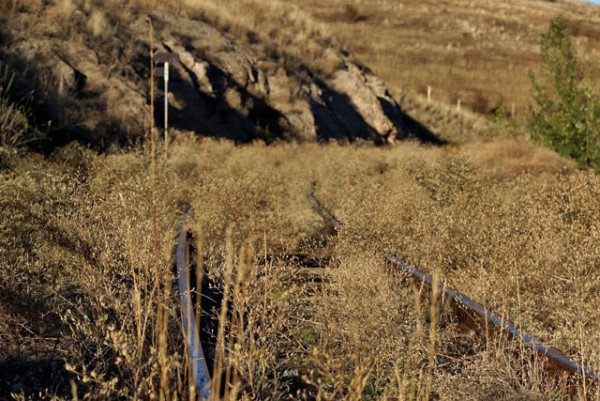 Taxpayers in the Central and North Okanagan won't know for a few months just how much they will be paying for the purchase of the CN rail corridor announced Monday.

The purchase price for the nearly 50km of discontinued rail line between Kelowna and Mile 88 in Coldstream, announced Monday morning, is $22M in cash.

Because the lands have a value larger that $22M, CN Rail will receive a taxable donation receipt for the balance.

City of Kelowna Divisional Director, Doug Gilchrist, says the balance over $22M is still being determined, during what is being termed a 120-day due diligence period.

Also to be determined during that period is just how much each municipality including Kelowna, Lake Country, Coldstream and the North Okanagan Regional District, will pay.

"How it will be funded is still being determined," says Gilchrist.

A little less than a third of the track runs through the City of Kelowna.

It's also unclear at this time if the provincial and federal governments will contribute to the purchase.

In many scenarios such as these, senior levels of government will contribute up to one-third of the cost with the municipality or, in this case, municipalities, kicking in the rest.

Gilchrist does expect some clarity on financing by the time Kelowna's budget process begins in mid January.

And, after the purchase?

Then we will start talking about what gets constructed, by whom and when."

Gilchrist expects the Inter-Jurisdictional team to remain intact to determine the long term vision for the corridor.

"I would envision that we would land on a joint vision between the jurisdictions because this has been a joint exercise to date where all jurisdictions have worked well together," says Gilchrist.

"I expect it would likely move forward to the next phase as a joint exercise."

The only portion of the corridor not included in the acquisition agreement is about 1km of track which goes through IR7 around Duck Lake.