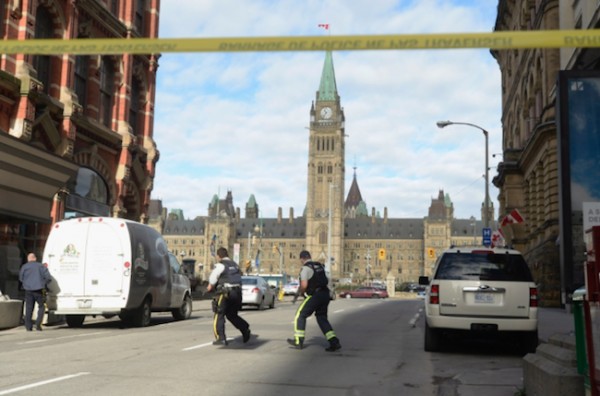 Photo: The Canadian Press
Police secure the scene of a shooting on Parliament Hill in Ottawa on Wednesday, Oct. 22, 2014. (Adrian Wyld / THE CANADIAN PRESS)

Late this morning, Kelowna-Lake Country MP, Ron Cannan, sent out a tweet regarding this morning's incident on Parliament Hill. 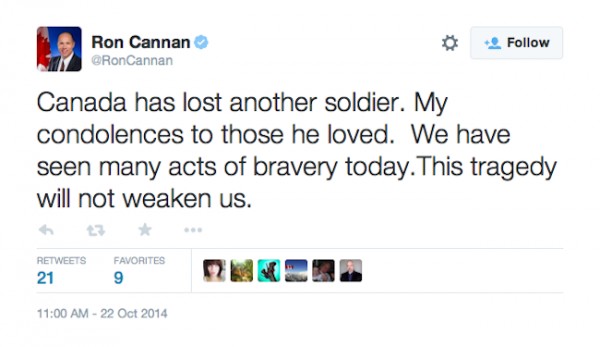 Okanagan MPs are under lockdown this hour after Parliament Hill came under attack Wednesday morning.

Both are part of a large contingent of MPs who remain somewhere inside the Parliament buildings.

They have been told to turn off their communication devices and not to make contact with anyone until the current situation is under control.

According to Cannan's office, the MP was in weekly caucus meetings when a gunman entered the Centre Block and began shooting.

Gunshots were apparently fired in the hallway outside the caucus room.

For security reasons, the exact location of those under lockdown is not being divulged.