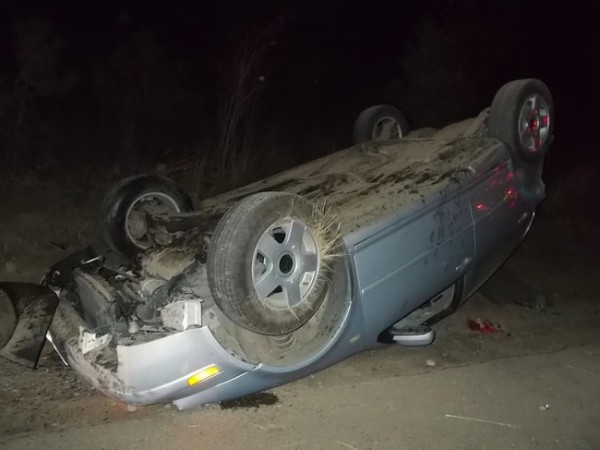 Photo: RCMP
The single-vehicle rollover happened around 4:30 Wednesday morning in the 9000 block of Glenmore Road.

A young Lake Country man had to be taken to hospital early this morning after flipping his car, but that’s the least of his problems.

The single-vehicle rollover happened around 4:30 Wednesday morning in the 9000 block of Glenmore Road. A witness reported to police that a grey Volkswagen Golf lost control before flying through the air and flipping onto its roof.

Police at the scene detected an odour of alcohol on the driver’s breath and began an impaired driving investigation.

After being released from hospital, the driver was taken by police to the RCMP detachment where he provided breath samples in excess of the legal limit.

He will appear in court at a later date.