City of Big White on hold

Officials with the Big White Chamber of Commerce will have to wait until after the November Municipal election to know whether a study on self governance will go ahead. 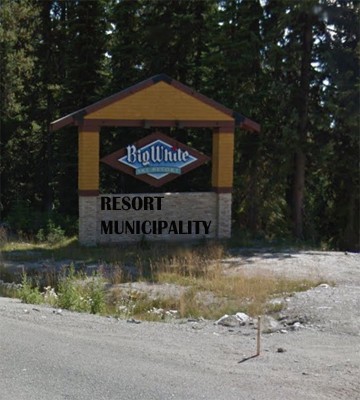 For the study to happen approval must be granted by the regional district, in this case, the Regional District of Kootenay Boundary.

The regional district would also be on the hook for one-quarter of the cost of the study with the province picking up the rest of the tab.

Jude Brunt, Secretary of the Big White Chamber of Commerce, which is pushing for the governance study, says Bill Baird, the director for the area which includes Big White is in favour of the study.

Brunt says Baird has pledged to include the cost in the 2015 budget, however, that is predicated on him retaining his seat in the upcoming election.

"If Bill gets back in then hopefully we are going to move forward and he's going to support us...and if he doesn't get in we're back to square one again," says Brunt.

"We feel we have moved forward a step in the fact we got in front of regional district and that was well received."

Brunt says the committee is now in the process of educating voters at Big White as to who can and cannot vote in the upcoming election.

"Many people up here that are non-resident property owners don't think they can vote but actually they can so as soon as we know who's running for that regional director position we will be making sure that every non-resident voter up here knows how to vote so they can make their vote count this year," says Brunt.

If a governance study does go ahead, Brunt says it likely won't be until sometime next spring or summer.

It could take up to two years to complete.

The Big White Chamber of Commerce is pushing for the governance study to determine whether it would be feasible for the area to become its own Resort Municipality.

She says the school on the hill has its largest class ever with 32 kids enrolled in September.

Brunt expects that number to rise to between 40 and 50 in January.

At present, about 150 people live at Big White full time.