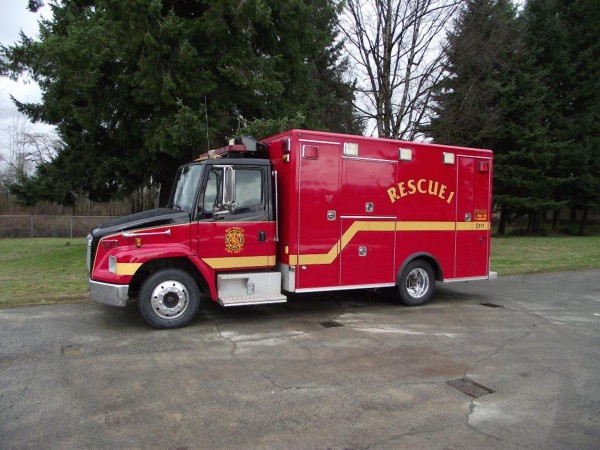 The Big White Fire Department is one of the only departments in BC to be part of a pilot project that increases their medical training to paramedic level.

Only two other fire departments are part of the project, which gives them Emergency Medical Responder training.

Firefighters with EMR certification increase patient care while waiting for an ambulance to arrive, and can give more information to BC Ambulance than a firefighter with first responder medical training could.

Their interest in the program stems from BC Ambulance's decision to take the permanent ambulance away from Big White in 2012.

"BC Ambulance service, based on statistics, decided to pull the full time ambulance from Big White," Fire chief Jamie Svendsen said. "During that transition we knew about the EMR project and were looking at how it could advance our training. The bottom line is having that care provided to a resort which is probably an average of 50 minutes away for an ambulance."

Svendsen said they respond to more than 250 calls per year, at least half of which are medical calls. Depending on the severity of the medical call, the response time could be over an hour.

"One of the big pivotal points for us was being able to provide our community with that extra level of care," Svendsen said. "During the season we're a small city up here, we could have 30,000 people."

Deputy chief Chris Cormack and one other member of the department are fully certified under the Red Cross to teach the EMR program which makes it cost effective for the department.

Training takes two to three weeks depending on an individual's previous medical experience. The licensing process can take up to five months to complete as each individual completes a written exam, an online exam and a practical exam.

A third party has to conduct the licensing of each member who gets the training, and all the costs are footed by the department. There is no provincial funding at this time.

Once licensed, the individual is permitted to practice the next level of protocols.

"Like any first base paramedic, there's continuing competency courses and you have to be on scene and serving in that capacity for at least 20 patients per year," Cormack said. "Plus, there are 20 credits of continuing education that you have to do as well, which is the same for all paramedics."

Big White fire now has nine members who have taken the course and four who are fully licensed.

The pilot project actually began in 2012 but was put on hiatus in April of this year when other departments started to take an interest. The emergency health services commission took action to standardize the program and just this past week gave the green light for licensed individuals to use their new training.

Cormack said there has been at least one call since April that could have used the new protocols, but they were unable to due to the halt on the program.

Only Big White, Sun Peaks and in the new year, Delta Fire Department on the Lower Mainland are a part of the program.

Randy Shaw is the head of the First Responder program and is the liaison with emergency health services commission for BC's fire departments.

"Until we're finished the study we're not sure (if the program will expand). We need to see what happens with patient care and patient outcomes," he said. "I don't think there will be any significant harm to anyone because its better training and understanding. I just see better patient care."

Shaw said it would be difficult for remote fire departments to hit the patient care targets required to maintain their licenses.