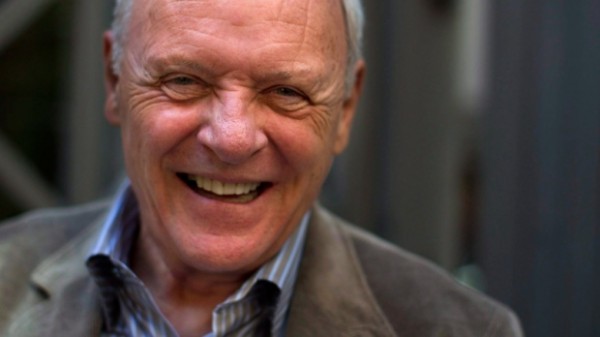 Hollywood is making its way back to the Okanagan with a massive new production set to kick off this November.

Noteworthy Swedish director Daniel Alfredson, known for The Girl Who Played With Fire and The Girl Who Kicked the Hornet’s Nest, heads the film.

“Dugdale is the perfect mix of Okanagan and Hollywood,” laughs Okanagan film commissioner Jon Summerland. “He can talk and he looks like Hollywood, but you can totally seeing him swinging on a tire swing into Mabel Lake and having a good time playing hockey, he talks hockey more than he does film!”

Summerland says when filming starts on November 10 residents can look forward to seeing some famous faces.

“There will be some pretty big stars joining Hopkins on the film, but we haven't got confirmation yet on exactly who they are. It is exciting,” says Summerland.

Although the production will be one of the most star-studded the Okanagan has seen, he says it will not reach the magnitude of Tomorrowland, filmed last year in Enderby staring George Clooney, that was in the hundreds of millions of dollars. A well hidden production that had the town on a man-hunt to find the elusive star.

Summerland says the community should see some benefits.

“Instead of bringing everyone up and making hotels and restaurants rich, they hire locals and help pay their mortgage, which is a really great way to go. Creating an industry from within.”

He says the crew will fly into Kelowna, have a production office just outside of Kelowna, will stay in Kelowna and then branch out to Lumby, Enderby, Armstrong and other locations in the Okanagan. He says crews are also scouting locations in Kelowna, Hedley and Penticton.

“But, definitely Lumby and Armstrong, there is a house there we like,” says Summerland.

Crews will start to arrive on Monday Oct. 6 and Summerland expects them to stay until Christmas. There will probably be 150 people working on the production.

The movie, called 'Go With Me', is based on (according to IMDB.com) the story of an ex-logger who comes to the aid of a woman who returns to her hometown in the Pacific Northwest and finds herself harassed and stalked by a former cop, turned crime lord.

Hopkins will star as the good guy.