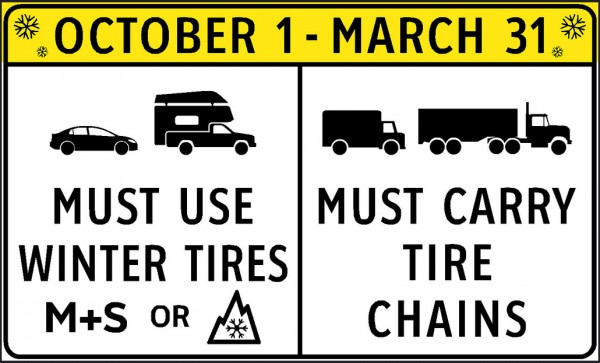 It's time to switch out your summer tires.

For the first time in years, the Ministry of Transportation and Infrastructure has tightened their rules regarding which roads require either the winter mountain/snowflake symbol or the mud and snow (M+S) tires through the winter, and it includes highways in the Okanagan. 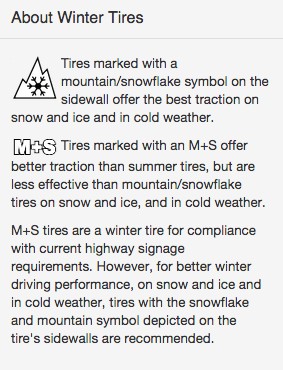 Previously, winter-capable tires were required from October 1 to April 30 on all the high mountain passes, but the new rules (now October 1 to March 31) include tire requirements on most of the local highways.

Signs are posted on each of the designated highways to advise motorists where winter tires are required. The maps below show which highways now require the non-summer tires, including Hwy. 97 all the way up and down the Okanagan.

If you have all-season tires you should be in the clear. Most new all-season tires are now included in this winter designation that defines 'winter tires', if they are labelled with either the winter mountain/snowflake symbol or the mud and snow (M+S) designation.

Although not using the correct tires is considered dangerous by authorities, ICBC says it will not void your insurance.

“Driving without winter tires will not void your insurance if you have a claim. It also won't mean you're automatically at-fault in a crash. However, if you get in a crash where winter tires could have helped, not having them may affect whether—or how much—you are at fault,” explains the insurance corporation.

The ministry continues to encourage drivers to always drive to the road conditions and choose the best tires possible. Despite the addition of the mud and snow (M+S) designation, they recommend tires with the winter mountain/snowflake symbol for the best level of traction and safety in severe snow and ice conditions.

With these new changes, the majority of BC highways now require passenger vehicles to use M+S or mountain/snowflake tires, and commercial vehicles to carry chains between October 1 and March 31. 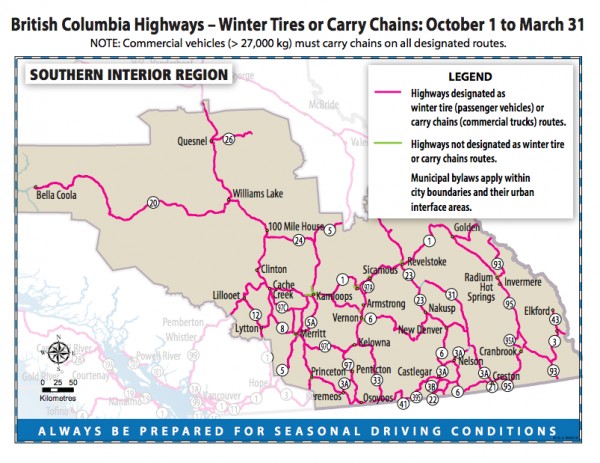