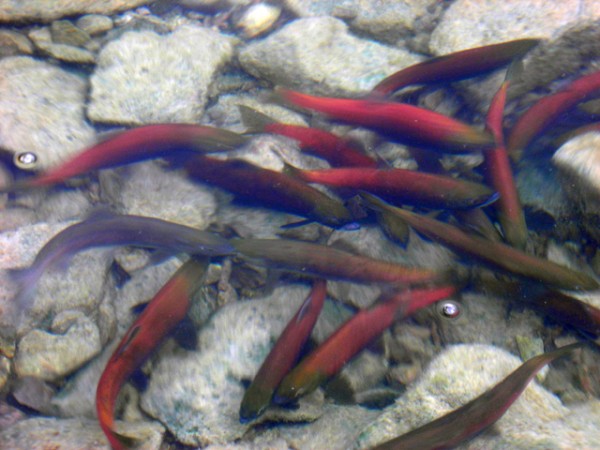 Surveys of kokanee fish numbers in Okanagan lakes during the fall of 2013 showed below average or poor numbers in three of the four major lakes.

Only Kalamalka Lake showed excellent spawner numbers of kokanee and exceptional average size in the fall according to the annual survey conducted through the Ministry of Forests, Lands and Natural Resources.

According to ministry figures, kokanee numbers in Kal Lake totalled 45,000, the highest return in 20 years.

While Kalamalka hit record levels, returning numbers in Skaha, Okanagan and Wood lakes were all below average.

Returns in 2013 were slightly better than the year previous but remain below historic levels.

Due to the low numbers in Wood Lake, the spring kokanee opening will remain brief, April 15 to May 31, with no fishing permitted for the balance of the year.

Routine surveys of the number of fish returning to spawn along shorelines and in-lake tributaries of the main valley lakes show:

In-lake conditions were excellent for kokanee survival in 2013 and a more substantial kokanee run that should be able to support a full season harvest is expected by 2015, provided conditions remain favourable.