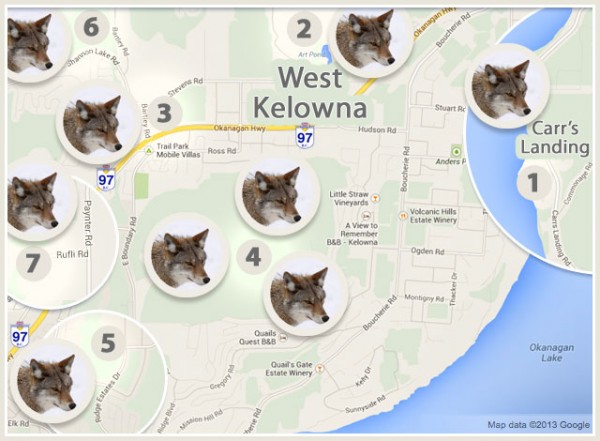 Castanet recently covered two stories of coyote attacks in West Kelowna, one where the pet got away and another where a beloved family dog didn't make it.

After our inbox was flooded with stories it seems this was by no means an isolated issue as several others have come forward with their terrifying coyote tales.

Some of you are claiming the coyote population is out of control and needs to be dealt with by the local government.

They are accusing them (government) of ignoring an apparent problem that will continue to escalate causing more harm to pets and maybe even small children. 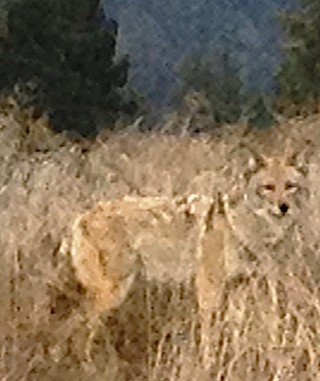 Veronica Fabig agrees it is becoming a major issue that needs to be dealt with, but wants to make it clear we cannot blame wild animals for their behaviour.

"They are wild animals adapting to the loss of "home", do we have the right to expect anything different in their behavior? Let's try to remember, they were here first, long before we decided to develop the land," she writes.

"Perhaps this is not an out of control population, merely the same population pushed into residential areas."

(Map zone #4 above) Laurie Gottenbos was the first to tell us her story of a beloved family pet Sophie who was carried off by a coyote and never seen again.

“This thing did not look scared. Even when we were yelling and screaming and trying to get it to drop her, it just sort of sauntered away like nothing,” she says. “About 10 minutes later we heard the kill sound, and you know when you hear that, there’s no going back.”

(Map zone #2) Dave Leece saw this coyote (right) near Traders Cove on Westside Rd. Leece says it was walking around in the middle of the day just after noon and blended in with the grass amazingly. Showing no fear of traffic or being in the daylight.

(Map zone #1) Sukki Bining caught a pack of four coyotes munching on a freshly killed deer (graphic photos below) right outside his basement door on Commonage Road in Carr's Landing in Lake Country.

He said there was a herd of deer on his property the night before and that the coyotes could be heard howling and hunting them through the night. When he woke up early the next morning he looked out his basement window and saw the coyotes enjoying their fresh kill.

Bining says he has a 17-year-old small dog that he worries about but never lets them out of his sight and only allows the dog outside for quick periods of time to take a pee.

"We are pretty worried," says Bining. 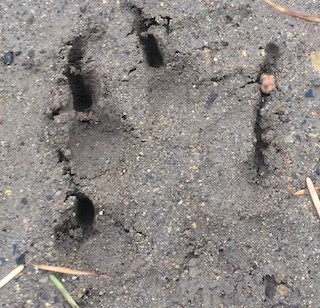 (Map zone 6) A pack of Coyotes was also heard howling late in the evening near Shannon Lake in the hilly area above Upper Sundance Dr. a couple of weeks ago, their paw print marks left behind.

(Map zone #5) Another man wrote to Castanet, but wished to remain anonymous, who lives in Westbank and says his neighbours dog was snatched from right beside him while they sat a foot away in a hot tub.

(Map zone #4) Cynthia Jarvis told us her story about her pup Winston who was just able to get away from the coyote's jaws.

“When will the city, Westbank First Nations and the Regional Districts realize this is an out of control coyote population that is becoming increasingly aggressive?” asks Jarvis. “How much of a threat must this become? What will the attack be next time, a small child?”

(Map zone #3) Another anonymous email came from a family on Bartley Road in West Kelowna who shared their story of an afternoon attack.

"Our dog Bleue got attacked by two coyotes, she got bites on her front shoulder, thighs, abdomen and tail. I ran behind them, yelling making lots of noise and and as I reached the top, Bleue came up the other side of the embankment. It was our lucky day, but she was pretty bitten up. West Kelowna needs to deal with these attacks before a small child becomes the next victim." 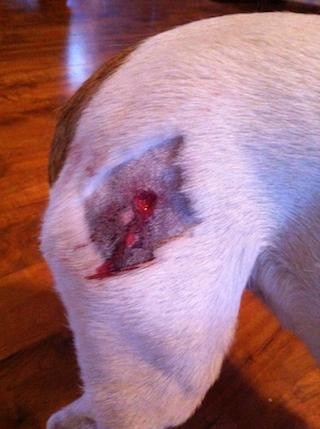 (Map zone 7) Kandis Pitre shares her story of their Jack Russel being attacked by a coyote this past summer. She says the coyote bit her dog ( right) and then chased her 5-year-old daughter.

"Shortly after my dog got away my daughter was out playing in the yard and she was chased by a coyote. I have never heard a child scream so badly and run as fast as she did. The coyotes are very hungry and aggressive."

She said she called authorities several times and all she was told was to shoot the wild dog.

"It seems as though no one cares that these coyotes are a big problem. It almost got a hold of my child and it still wasn't/isn't enough."

Another reader's dog could not get away.

(Map zone #5) "The coyote problem is out of control, I too lost a dog of 13 years to a coyote beside my house on Ridge Estate Drive. My girl Winny did not survive an I had the horrible experience of carrying her half eaten body into the yard for burial."

Mike Urban shares this sentiment wondering when the local government will step in.

"Why is no one in the animal control doing anything about these wild dogs? A bear who doesn't hurt anyone but gets into someones garbage is hunted down and shot... yet with all the attacks from coyotes injuring and killing members of peoples' families nothing is being done. As a West Kelowna resident that backs onto Boucherie Mountain, it's time for residents to take matters into their own hands."

According to Frank Ritcey of Wildsafe BC, in the entire province, Conservation BC received around 880 calls for service regarding coyotes from April to September of 2013, that is a 25 per cent increase over last year, with 250 calls being reported for pet related incidents.

"It is not that there is that many more coyotes perhaps, it just may be that more people are aware of coyotes. If there is a high profile case more people call conservation, so after this story runs we may see a spike in calls as well because coyotes are on people's mind."

Ritcey says coyotes are opportunistic hunters and will hunt at any time of day, although they prefer to stalk their prey at night or in the early morning or at dusk.

Because coyotes don't hibernate Ritcey suggests pet owners be vigilant at all times of the year. He suggests the following to keep pets safe:

"The coyote has adapted and expended their hunting range and are well known for their ability to live in urban settings," says Ritcey.

--With files from Jen Zielinski 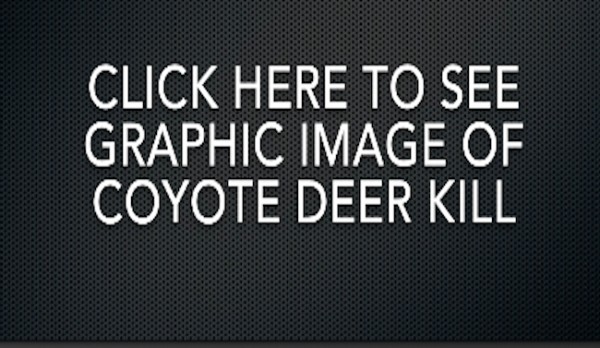 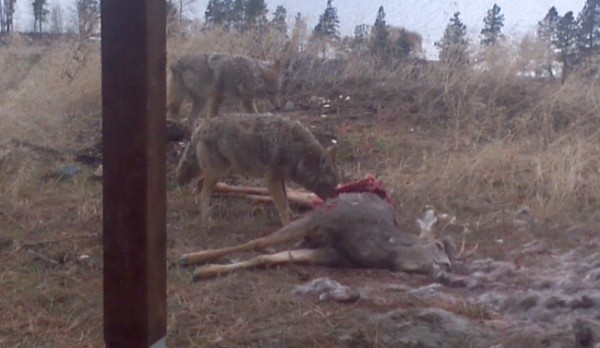 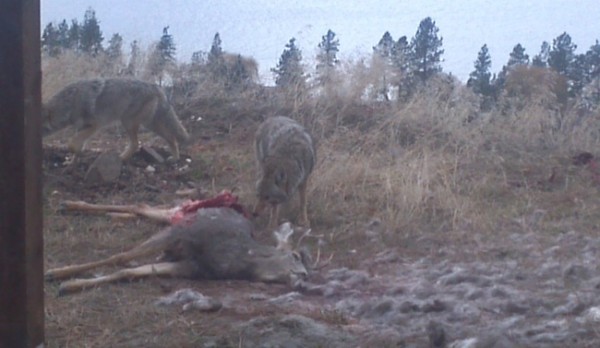 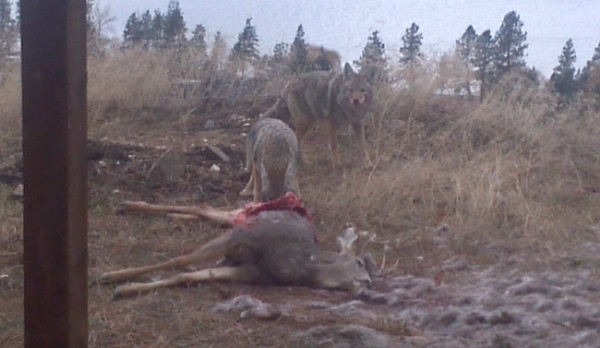