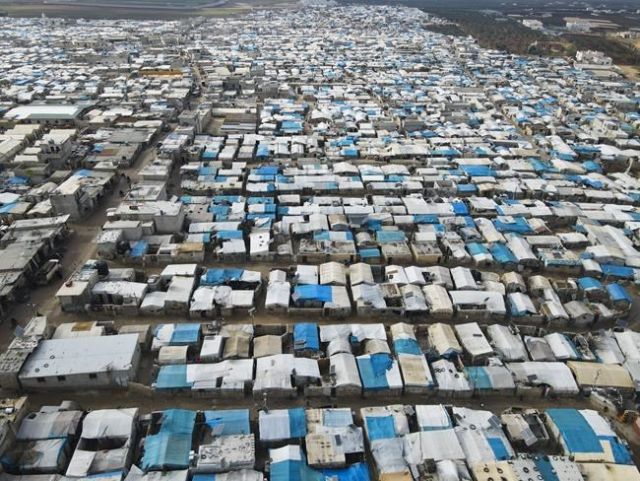 Photo: The Canadian Press
A general view of Karama camp for internally displaced Syrians, Monday, Feb. 14, 2022 by the village of Atma, Idlib province, Syria. A court action has prompted the federal government to begin repatriating several Canadians detained in Syria, but the fate of many other citizens trapped there remains unclear.THE CANADIAN PRESS/AP-Omar Albam

A court action has prompted the federal government to begin repatriating several Canadians detained in Syria, but the fate of many other citizens trapped there remains unclear.

A Federal Court judge declared last week that four Canadian men being held in Syrian camps are entitled to the federal government's help to return home.

Meantime, the government reached an agreement with Lawrence Greenspon, one of the lawyers behind the case, to begin the process of repatriating six Canadian women and 13 children from northeastern Syria.

Farida Deif, Canada director of the group Human Rights Watch, says that beyond these men, women and children, about 27 other Canadian detainees are thought to be in Syria.

The Canadians are among the many foreign nationals in Syrian camps and jails run by Kurdish forces that took back the battle-scarred region from the extremist group Islamic State of Iraq and the Levant.

Deif said in an interview that the federal government should bring home all of the Canadians, noting that none of them have been charged with a crime and they have not appeared before a judge to challenge their detention.

"They are unlawfully and indefinitely detained in abysmal and life-threatening conditions in northeast Syria," she said. "So these individuals, all of them, should be repatriated to Canada, rehabilitated, reintegrated — and anyone who may have committed crimes can be prosecuted here at home."

The government had argued in court that the Charter of Rights and Freedoms does not obligate Ottawa to repatriate the Canadians held in Syria.

In a ruling made public on Friday, Federal Court Justice Henry Brown directed Ottawa to request repatriation of the four men as soon as reasonably possible and provide them with passports or emergency travel documents.

Brown said the men are also entitled to have a representative of the federal government travel to Syria to help facilitate their release once their captors agree to turn them over.

The judge said the men are not able to enjoy meaningful exercise of their Charter right to enter Canada unless the government makes a formal request to the Autonomous Administration of North and East Syria on their behalf.

Asked about the ruling on Monday, Prime Minister Justin Trudeau said the government is "looking at it carefully."

"Obviously, making sure we're defending Canadians' safety and security is always going to be a priority for us and will continue to be."

Global Affairs Canada spokesperson Grantly Franklin said Saturday the department would "have more to say in due course."

As of Monday, the department had not responded to a question about whether the court ruling means Canada will look at repatriating citizens in Syria who were not part of the legal case.

It will be interesting to see whether Global Affairs takes a narrow approach to the court decision and focuses solely on the four men, or whether it takes a more expansive view that applies the judge's findings to others, Deif said.

"One would hope that the Canadian government has finally come to the realization that the situation is untenable in northeast Syria, that the government cannot simply outsource its responsibility for Canadian nationals to a non-state actor who then detains them unlawfully and arbitrarily," she said.