Trudeau: we'll look into it 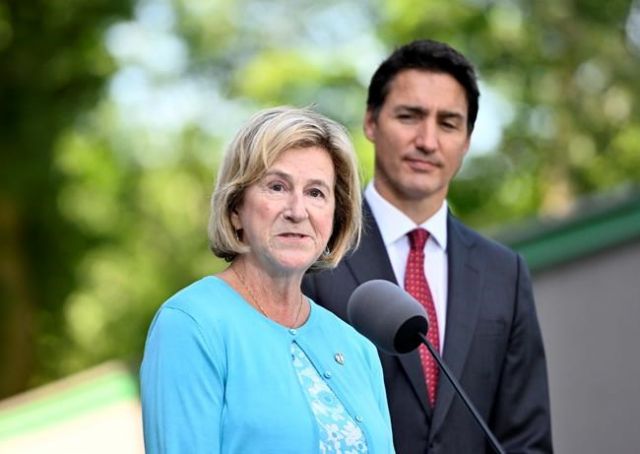 Opposition parties are demanding explanations after multiple reports cited significant government contracts going to the global consulting firm since Trudeau and the Liberals formed government in 2015.

Documents provided by the government in answer to a Conservative MP's written question show between March 2021 and November 2022, McKinsey received contracts worth at least $62 million.

Radio-Canada has also reported the firm received $66 million in the seven fiscal years between March 2015 and April 2022.

That compares with $2.2 million in the previous decade.

Trudeau says contracting with private companies is a normal government activity but he has asked Procurement Minister Helena Jaczek and Treasury Board President Mona Fortier to make sure the contracts were awarded properly.

“I’ve asked Minister Jaczek and Minister Fortier to review the matter, to take a close look at the numbers and to look into the circumstances,” he said in French Wednesday, during a press conference at a leaders' summit in Mexico City.

“Public servants have always sought out expert advice to improve service delivery for Canadians, to modernize what they are doing. But we will look into this to ensure that everything was done in the right way, or whether we need to change or adjust any rules.”

On Tuesday, Conservative Leader Pierre Poilievre called for a parliamentary inquiry into the matter.

He said he will table a motion with the support of other opposition parties to ask that the standing committee on government operations and estimates looks into the McKinsey contracts.

Poilievre said the motion will force the Liberal government to make public all the documents, text messages and emails related to its relationship with McKinsey.

Bloc Québécois Leader Yves-Francois Blanchet said an independent investigation might be necessary if the Liberal government does not hand over all of the unredacted contracts.

The New Democratic Party is also calling for a parliamentary inquiry and told The Canadian Press it is concerned about the government's use of an outside company to do the work of public servants.