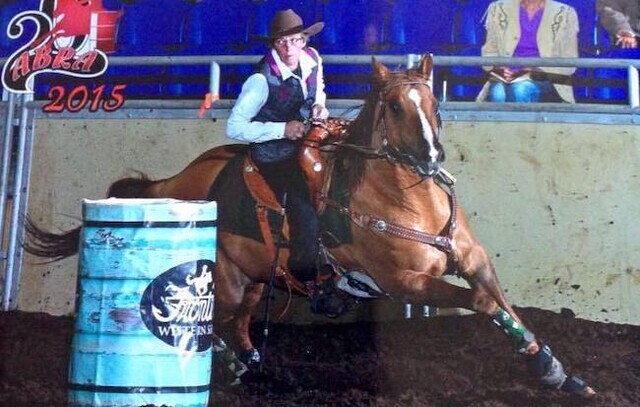 An Alberta woman who pleaded guilty to manslaughter in the killing of her abusive husband of 27 years has been allowed unescorted absences from prison and, once she is eligible early next year, day parole.

In September 2011, Helen Naslund, now 58, shot her husband Miles Naslund twice in the head while he was in bed on a farm near Holden, Alta., about 100 kilometres southeast of Edmonton.

Naslund and one of her three sons disposed of the body and "misled police with a fabricated story about the victim's disappearance" for six years, the Parole Board of Canada said in a written decision this week. It wasn't until August 2017 that another son disclosed the offence to law enforcement.

Naslund and the son who assisted in disposing of her husband's body turned themselves in a month later. Neil Naslund was sentenced to three years in prison after pleading guilty to offering an indignity to human remains.

The Parole Board said Naslund feels betrayed by the son who tipped off police and that she is not ready to reconnect with him.

The original trial heard that after Naslund killed her husband, she and her son put his body in a metal box and used a boat to dump it into a swampy area on their farm. They threw the .22-calibre gun in a dugout and buried the man's car in a field.

Police initially investigated Miles Naslund as a missing person and, only after receiving the tip, pursued the case as a homicide. Investigators, with the help of a dive team, found the body six years after he disappeared.

Helen Naslund was released on bail for three years before she was sentenced. The Parole Board said that there were no reported issues with her during that period.

In 2020 Naslund was sentenced to 18 years in prison, but after an appeal, her sentence was reduced to nine years minus time already served.

The Appeal Court considered Naslund to have symptoms of "battered woman syndrome," a psychological condition that can develop from being continually abused by an intimate partner.

"As the Appeal Court noted, due to your history of abuse, concern for your children, depression and learned helplessness, you felt you could not leave the relationship," the Parole Board said.

In its decision, the board also considered her severe depression and alcohol use as a result of the abusive relationship, including a suicide attempt in 2003.

During Naslund's incarceration, the board says that she has voluntarily participated in several initiatives including a women's engagement program, a healthy relationships program, behavioural therapy and psychological counselling.

In its decision, the board tells Naslund it considered "the important gains you have made during this sentence, in particular in terms of your emotions, self-care and boundary setting, and your ongoing high motivation level for completion of programming and voluntary interventions available to you in the institution."

The board considers Naslund to have a very low risk of reoffending, adding that it does not believe her to be "criminally entrenched by any means."

Naslund has been permitted day parole once she is eligible early next year for six months, at which point she will be eligible for full parole. She must report all sexual and non-sexual relationships and friendships with men to her parole officer as well as any changes to the status of her relationships with others.

"This special condition is considered to be reasonable and necessary in order to protect society and to facilitate your successful reintegration into the community," the board said in its decision.

In the meantime, Naslund has been granted four monthly unescorted temporary absences of up to 72 hours.

Her parole officer told the board she has seen "tremendous growth" in Naslund during her two years behind bars.

While Naslund is on day parole, she must reside at a specified residence and any plans to leave the residence must be approved.