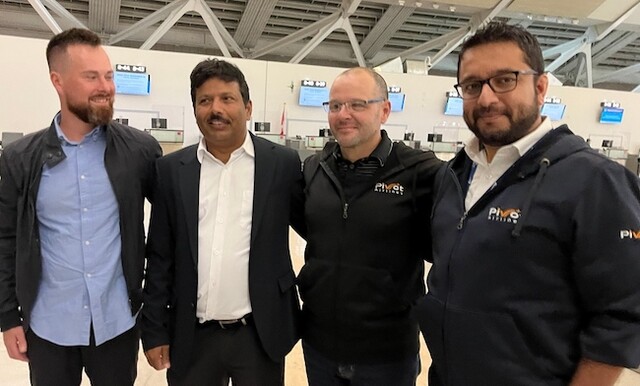 Crew members of a Pivot Airlines plane that had been kept in the Dominican Republic since April have landed in Toronto and are reunited with their loved ones.

CEO Eric Edmondson said in a statement Thursday night that the crew demonstrated "incredible courage and resilience throughout the harrowing ordeal" that saw them detained for nearly eight months.

He said it has taken a heavy toll on their lives and the lives of their families.

The crew was held in the Caribbean nation on April 5 after 200 kilograms of cocaine were discovered in the plane's avionics bay and reported to police in Punta Cana.

The two pilots, two flight attendants and one part-time maintenance engineer were jailed, then later released on bail after surrendering their passports pending further investigation.

"Their steadfast commitment to public safety and the rule of law is a testament to the professionalism of all Canadian aircrew," Edmondson said.

"Pivot Airlines is tremendously grateful to all those who advocated on our crew’s behalf, including CUPE, ALPA, Unifor, Senator David Wells, as well as our government partners."

The Dominican Republic's National Directorate for Drug Control said in an April 6 release that it found "eight black packages'' in the avionics bay of a private plane bound for Toronto from Punta Cana International Airport.

The directorate said at the time that nine Canadians, one Dominican and one person from India were under investigation.