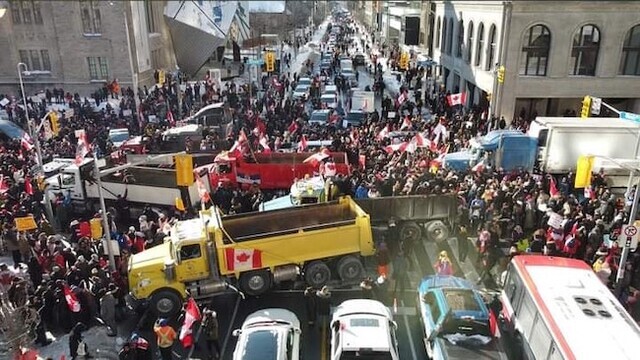 Cybersecurity experts say a federal inquiry should think of social media as the central nervous system of the Freedom Convoy protest in Ottawa last winter.

The Public Order Emergency Commission is turning its attention to the role of online misinformation as it probes the federal government's use of emergency legislation to dispel protesters.

Queen's University political scientist Dax D'Orazio says social media permeated nearly every part of the protest, from fundraising and organizing to documenting events and getting around traditional media outlets as a source of information.

The inquiry is seeking the expert input to bolster its analysis of whether the government was right to use the Emergencies Act in response to protests that took over downtown Ottawa and halted trade at several border crossings.

The inquiry is on a tight timeline to complete its work, with commissioner Paul Rouleau expected to submit final recommendations to Parliament at the beginning of February.

Another panel on the flow of essential goods and services, critical infrastructure and trade corridors is set for this afternoon.