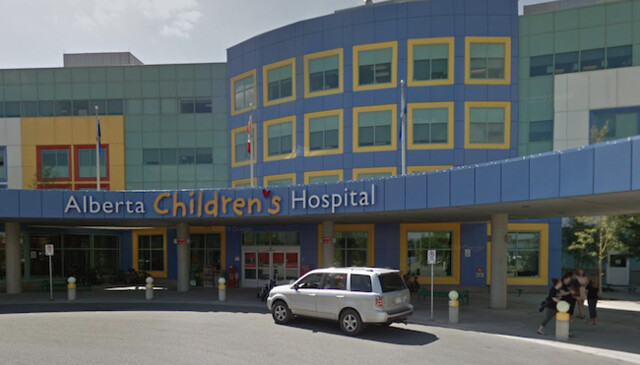 Alberta's health-care delivery agency says it's preparing for surges in patients at Alberta Children's Hospital in Calgary by opening a heated trailer next to the facility's emergency department.

Alberta Health Services announced the move in a series of tweets this weekend, noting the trailer will be operational in early December.

Health officials said earlier this month that in-patient units at both Alberta Children's and Stollery Children's Hospital in Edmonton were at or over 100 per cent of their normal capacity.

It calls the additional space "a comfort measure to help with crowding and weather conditions," but notes it won't be used as a primary treatment area.

Health officials said in mid-November that the Alberta Children's Hospital emergency department had been seeing more than 300 visits a day, compared to between about 180 and 220 before the latest surge.

"No matter where patients are seen at the hospital site, they will always receive appropriate treatment. We’d like to thank the public for their patience and understanding as our staff work to see and treat patients as efficiently as possible," reads a tweet from AHS posted on Saturday.

School boards, meanwhile, have been asking for more direction as a slew of seasonal respiratory illnesses along with some COVID-19 cases have led to high classroom absentee rates and jammed children's hospitals.

Opposition NDP Leader Rachel Notley responded to news of the trailer with a call for more resources and staff.

"This is a full-on crisis," she said in a tweet.