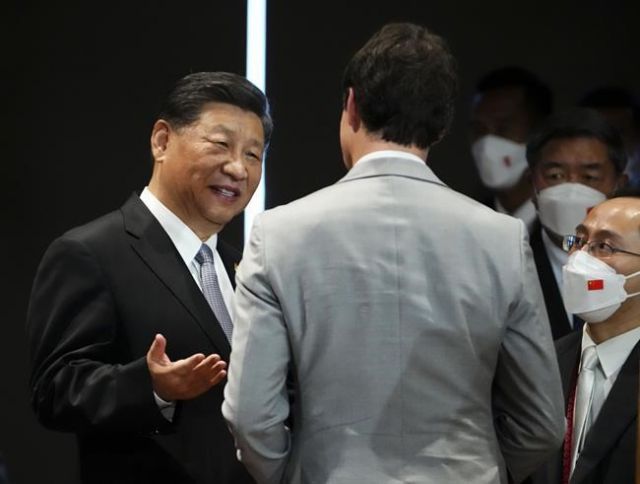 Photo: The Canadian Press
Trudeau talks with Xi after taking part in the closing session at the G20 Leaders Summit in Bali, Indonesia on Wednesday, Nov. 16, 2022.

Prime Minister Justin Trudeau has offered his most detailed explanation yet about what kind of "interference" he brought up with Chinese President Xi Jinping in a meeting earlier this month.

Conservative Leader Pierre Poilievre asked in question period today what specific interference the Prime Minister's Office was referring to when it offered limited details about the leaders' conversation at the G20 summit in Indonesia.

Trudeau replied that his government has known for years about "consistent engagements" by Chinese government representatives in Canadian communities and with local media.

He also referred to "reports of illicit Chinese police stations" and said officials are concerned about these issues.

The comments come a week after Xi confronted Trudeau, in a brief second conversation that was caught on tape, about the fact that his office provided details to the media about their initial discussion.

Trudeau was also pressed on whether he knew about alleged Chinese interference in the 2019 federal election, an issue that a parliamentary committee is currently investigating, and he said the integrity of Canadian elections was never in doubt in any briefing he received.