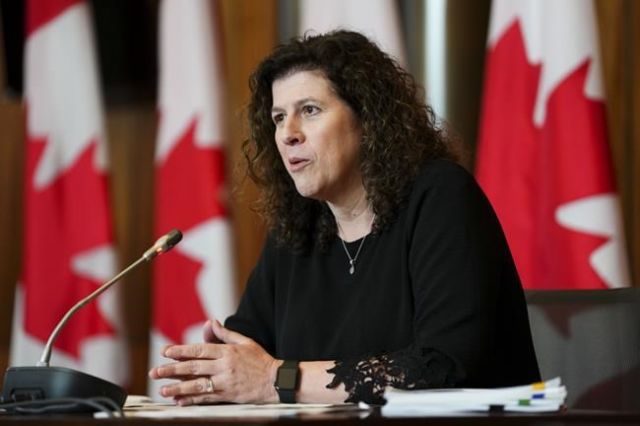 In a new report, Hogan says no organization has taken the lead on the federal government’s goal of reducing chronic homelessness by 50 per cent by 2028.

The report says Infrastructure Canada and Employment and Social Development Canada do not know whether their programs are improving housing outcomes for people experiencing homelessness.

“One of my biggest concerns is the lack of federal accountability for achieving Canada’s target to reduce chronic homelessness by half by 2028,” said Hogan, according to a news release.

The auditor general provides oversight to the federal government by conducting audits of its operations and financial accounts. The new report focused on assessing on whether chronic homelessness is being reduced.

Infrastructure Canada spent $1.36 billion on reducing homelessness as part of the Reaching Home program, and yet the audit found the department didn’t know whether homelessness increased or decreased during that time frame.

Since 2018, the Canada Mortgage and Housing Corporation has spent $4.5 billion as the lead on the national housing strategy. However, the report found that the CMHC doesn’t know who is benefiting from its programs.

The national housing strategy was announced by the Liberals in 2017 as a 10-year, multi-billion-dollar plan to expand affordable housing to more Canadians.

In her assessment, the auditor general also found that some rentals offered as affordable units were not in fact affordable to low-income households.

A unit is considered affordable when rent costs less than 30 per cent of a household’s before-tax income.

However, the average rental price of units approved under the National Housing Co-Investment Fund was higher than that in several provinces and territories.

In Nunavut, the average cost was 46 per cent of household income, while in Ontario and Manitoba, it was above 37 per cent.

The auditor general says Infrastructure Canada and CMHC were not working in a co-ordinated way and their initiatives were not well integrated.

Without co-ordination, the federal government is unlikely to achieve its target of halving chronic homelessness by 2028, the report found.

Hogan offered a set of recommendations, including collecting and analyzing data on homelessness in a timely manner.

The report says Infrastructure Canada and the CMHC have accepted the recommendations.

Hogan will hold a Tuesday news conference on her findings, as well as other reports released by her office today.

Ministers responsible for the departments that are under review are expected to respond to the findings in a news conference of their own.