Patty Hajdu 'open' to legislating fire codes on First Nations, but cost is a factor 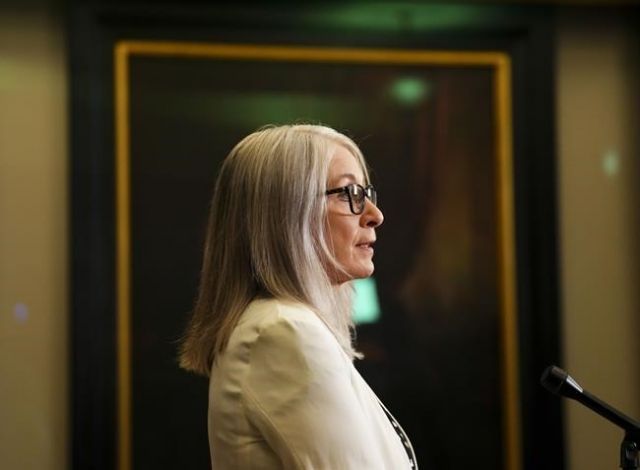 Photo: The Canadian Press
Patty Hajdu, Minister of Indigenous Services, make an announcement on Parliament Hill in Ottawa on Thursday, Oct. 6, 2022. Hajdu says she remains "open" to legislating fire and building codes on First Nations, even though Ottawa currently has no plans to do so. THE CANADIAN PRESS/Sean Kilpatrick

Federal Indigenous Services Minister Patty Hajdu says she remains "open" to legislating fire and building codes on First Nations, even though Ottawa has no plans to do so now.

Fires have long posed a threat to people living on-reserve, with inadequate housing and a lack of smoke detectors increasing the risk.

Experts and federal officials say there is no way to enforce building or fire code standards on First Nations.

Communities can pass their own bylaws, but groups like the Aboriginal Firefighters Association of Canada and Canadian Association of Fire Chiefs have long pushed for legislation that would make them mandatory.

Hajdu's office has previously said that after consulting with Indigenous leadership, her department decided that bringing in a new law "would not be the best approach at this time."

On Thursday, she said she remains open to the idea but there must be "sustained funding" and capacity in communities.

Asked whether she would seek the necessary funding to implement such a change, Hajdu provided a general answer that, as minister, she will keep advocating for the money to close the socio-economic gaps on First Nations by 2030.

"What I have learned in the last year as the minister of Indigenous services is that legislation alone will never fix a problem on First Nations."

The National Indigenous Fire Safety Council Project has pointed to a 2021 Statistics Canada study that it commissioned, which found Indigenous people living on-reserve were 10 times more likely to die in a fire.

Len Garis, the council's research director, said it's absolutely clear the situation calls for some form of regulation or legislation.

"The 'how' is a different story," he said Thursday.

"(That) is going to be incredibly important because Indigenous people will want to have influence over how and what's being brought in place."

Michael Wernick, former clerk of the Privy Council who left in 2019, said the government's decision not to pursue legislation demonstrates "an appalling abdication of leadership."

"There will be preventable deaths over the next few years because of the failure to act in this area."

He says for years, Canada has treated house fires on reserves as a "thoughts and prayers issue" and he sees the current government's argument around the need for funding first as backwards.

"Funding without the legislation is going to be very leaky," said Wernick, who also served as deputy minister in the former department of Aboriginal Affairs and Northern Development.