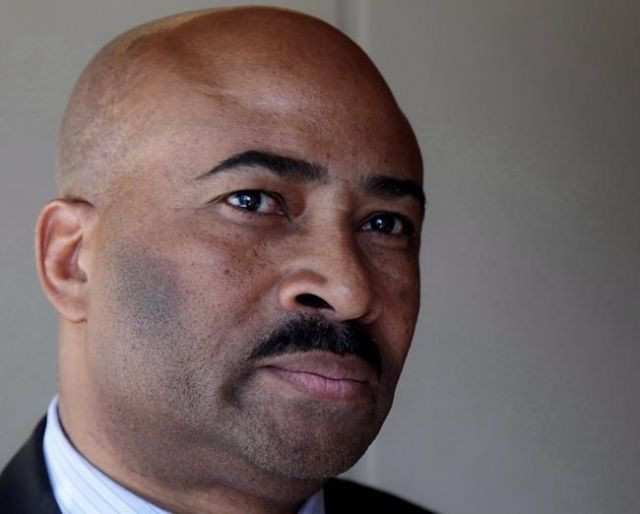 Photo: The Canadian Press
Don Meredith is seen in his Toronto lawyer's office in downtown Toronto on Thursday, March 16, 2017. A former senator who resigned from the upper house over a sexual relationship with a teenager is facing criminal charges. THE CANADIAN PRESS/Colin Perkel

A former senator who resigned from the upper chamber amid a sexual misconduct scandal is now facing criminal charges.

Don Meredith, 58, has been charged with three counts of sexual assault and one count of criminal harassment, Ottawa police said Saturday.

A source confirmed to The Canadian Press that the man in question was the former Conservative senator.

The charges relate to incidents that allegedly took place in 2013 and 2014 and were reported by an adult woman, police said, offering no other details.

Meredith has been released on a promise to appear in court. Neither a lawyer who represented him in the past nor the Senate immediately responded to request for comment on the charges.

Meredith — an ordained minister — was appointed to the senate on the advice of former prime minister Stephen Harper in 2010, but resigned in 2017 after a scathing report from the Senate's ethics officer.

The report from Lyse Ricard, who held the position at the time, concluded Meredith had violated the chamber's code of ethics by engaging in a relationship with a girl when she was just 16 and recommended the upper house take the unprecedented step of expelling him.

Meredith resigned from the Senate weeks later just as the upper chamber was believed ready to expel him over the relationship. He also acknowledged the sexual relations outlined in the report but said nothing took place until she turned 18.