A day for reflection 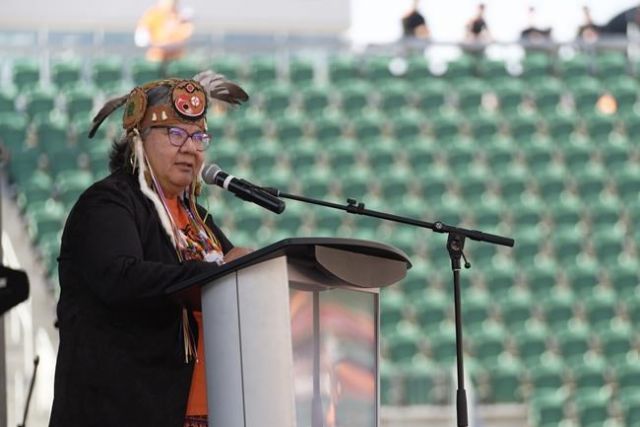 The national chief of the Assembly of First Nations says today's National Day of Truth and Reconciliation is about the survivors of Canada's residential schools and the children who died in them and never made it home.

Ceremonies, marches and other gatherings are scheduled across Canada to observe the federal statutory holiday, also known as Orange Shirt Day, which was established last year following the discovery of suspected unmarked burial sites at former residential schools.

National Chief RoseAnne Archibald says the day is an opportunity to pause and reflect on the impact of the schools on Indigenous Peoples and the roles the institutions played in Canada's history.

Some of the events scheduled today include the illumination of the Peace Tower on Parliament Hill in orange, programming about residential schools at the Winnipeg Art Gallery and a community powwow at the Victoria-area Songhees Nation.

Linc Kesler, a residential school and Indigenous identity expert at the University of British Columbia, says the National Day of Truth and Reconciliation helps bring Indigenous issues to the forefront for Canadians.

"As to what Canadians will make of all of that, I don't know," he said. "I know what I hope they would make of it and it would be they would become more aware of how much they haven't known in the past."