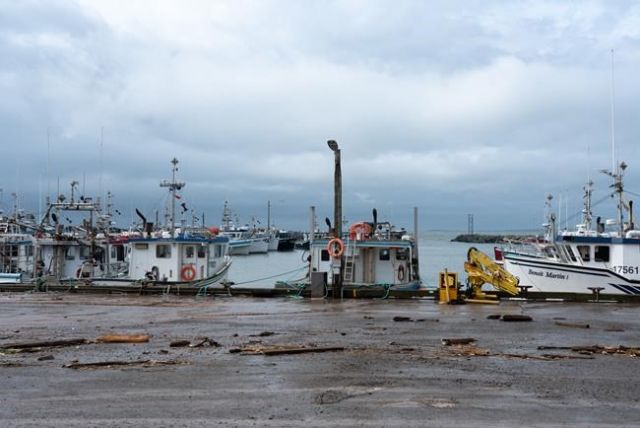 He says the federal government will partner with Quebec to help people affected by the storm, which made landfall Saturday and brought hurricane-force winds.

Accompanied by National Revenue Minister Diane Lebouthillier, who represents the region in Parliament, Trudeau said Canada needs to better adapt its infrastructure to the changing climate, which is increasing the likelihood of devastating storms.

Asked why his government is approving offshore oil projects at a time when climate change is making itself felt, Trudeau said regions like the Îles-de-la-Madeleine still depend on fossil fuels.

He says all new fossil fuel projects in the country — including the recently approved multibillion-dollar Equinor offshore oil project in Newfoundland and Labrador — must fit into the country's plan to have net-zero emissions by 2050.