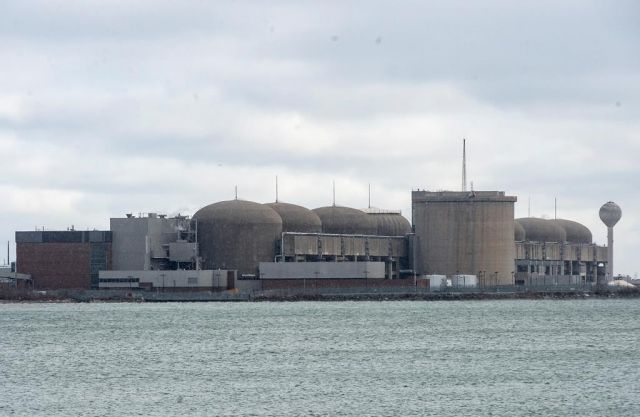 Ontario is considering refurbishing a key nuclear plant which could keep it in service for an extra 30 years to keep pace with electricity demands that are rising so quickly they have "surprised" the government, the energy minister said Thursday.

Pickering Nuclear Generating Station — which accounted for 14 per cent of electricity generation last year — had been set to shut down in 2025, but the province is now seeking approval from the Canadian Nuclear Safety Commission to extend that to September 2026, Energy Minister Todd Smith announced.

Beyond that, the plant may still have the potential to power a portion of the province for decades to come, Smith said, and the province has asked Ontario Power Generation to do a refurbishment feasibility assessment.

The Independent Electricity System Operator recently said that it was confident it could fill the electricity supply gap created by Pickering coming off-line — and other units undergoing refurbishment — through new procurements that will heavily rely on natural gas, at least in the short term.

But Smith suggested that "unprecedented growth" in Ontario means the province may need to harness the large-scale capacity of Pickering for a while longer.

"I think that growth has surprised even Premier (Doug) Ford and our team," he said at a press conference Thursday.

"One of the things as we were exploring opportunities on how we fill that (supply) gap is we've got an existing asset here that has a proven track record of providing safe and reliable electricity and affordable electricity every day...We have to be able to ensure that as we continue to see investment in our province, that the power is going to be there."

IESO projections show a growing supply gap of electricity, as broader electrification takes off, particularly in the transportation sector.

Demand from growth in electric vehicles and electrifying public transportation is expected to rise much more quickly starting in about 2035. Around then, the projected gap between needed and available electricity is expected to hit 5,000 megawatts — enough to power five million homes — during the summer, even if all current power producers renew their contracts.

The longer-term procurement is looking to include more non-emitting resources to the generation portfolio, including small modular nuclear reactors and storage capacity.

At the Thursday announcement, Smith stressed the emissions-free nature of nuclear power. Keeping Pickering operational to 2026 will reduce emissions by 2.1 million tonnes that year, akin to taking 640,000 cars off the road, Smith said.

He also said keeping the plant operational will save thousands of jobs in the interim.